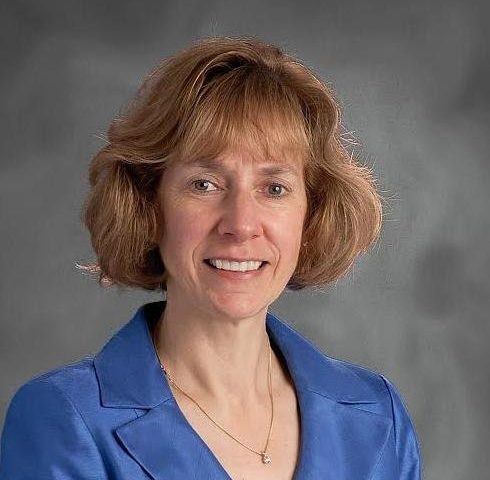 NEW FAIRFIELD – On May 4, to a standing-room-only Board of Education meeting, NFEA Vice President and Consolidated Kindergarten Teacher Amy Johnson came to the podium to say “I come to stand here tonight because last year our membership put out a vote of no confidence and we still stand by that. And I just want you to know that teachers feel that their voices still are not being heard, that it’s a top-down style of management, and we really would like to see a new road ahead of us.” She reminded the Board that teachers brought this issue to them last year and “we still feel the way we do.” Dr. Alicia Roy responded in her report later by saying “I have worked very hard this year to be responsive to concerns, been open to concerns…I continue to remain dedicated to improving…I care about the staff, the students, this community. I’ve lived here for fifteen years and this is my home.” Johnson’s statement went unacknowledged in Board member comments at the end of the meeting.

The meeting began with dispute when Board member Susan Starr questioned Chair Steve Burfeind’s request to amend the agenda by adding an executive session to discuss a personnel matter. Though typically a nuts-and-bolts action, amending the agenda became a heated point of discussion. Ms. Starr reminded everyone that recent legal counsel stated that Board members “do not play a direct role in employee matters.” She went on to say the per Tom Hennick of the FOI Commission, “You need to provide some specificity as to the purpose of the executive session (do not simply say ‘personnel matter’).” Member Samantha Mannion noted that “To make the comment that we’ve done the policy wrong up until this point, so let’s decide tonight is the night we’re going to do it right, just doesn’t make a lot of sense to me…If we’ve been doing it wrong, then we’ve done it wrong all along.” Mr. Burfeind is going to confer with CABE on whether the proper descriptions of executive sessions need to be altered.

Board member Douglas DeRito noted that “I just don’t understand why we put ourselves through this heartache, there [are] legitimate questions from Board members. Even if I was opposed to the topic at hand, I would support an executive session to give those Board members a chance to express their opinion.” He went on to say that he is worried about the dispute and “the impression it was leaving with the public.”

Board member Ed Sbordone asked whether the employee that they would discuss in executive session was aware of the meeting. Dr. Roy and Mr. Burfeind assured him that the employee knew that the matter would be discussed in session.

Ms. Starr did not enter the executive session that occurred later in the meeting. When Board members returned from the session, as part of Board member comments, Dr. Amy Tozzo stated “I just want to say to the public that I retract my quote that I gave to the News-Times last week.” The quote she alluded to ran in the April 27, 2017 article by Anna Quinn titled “New Fairfield School Nurse Drove Under the Influence with Teenagers in the Car” in which Tozzo is quoted as saying “I was assured that there was a situation, but (Roy) is taking care of it…I feel confident that she is taking care of it.”

In Chairman’s comments, Mr. Burfeind said that on behalf of the Board, in honor of Teacher Appreciation Week, he wanted to thank the teachers “for everything you do for our students, for the families, for the community.” Dr. Roy later echoed those thoughts and mentioned the fantastic PTO-coordinated lunches. Burfeind also reported, in reference to a question that surfaced at the 4/20 meeting, that according to bylaw 93.14 the Board does have the ability to suspend a policy for a particular reason, in that case voting early on the adoption of science textbooks.

Dr. Amy Tozzo reported that the Curriculum Subcommittee went over the Blue Pelican Java textbook for AP Computer Science. They also looked at the proposed social studies textbooks for grades 6 through 11, and the process that led up to recommending them.

Following the Curriculum Subcommittee report, Dr. Jason McKinnon and Mr. Joel Pardalis later presented the social studies textbook options, National Geographic and Pearson. In identifying the right programs for the district, the team wanted the curriculum to match the Connecticut state standards and framework, plus they liked that the programs are both inquiry-based and encourage interactive work. The National Geographic textbooks are visually stunning and they have a strong digital companion in their website, which includes quality videos, photos, and links. There are also embedded levels of learning in the program for all students. The program includes features like modified readability, audio capability, and various tools to help teachers differentiate the curriculum to meet the needs of all students. For Pearson, Mr. Pardalis noted that the team liked that all students 8 through 11 would be on the same platform. There are also engaging interactive features for every level, similar to those available for National Geographic. In Pearson, the students would be able to have comprehension checks throughout the program, so that teachers can target teach as needed. Dr. McKinnon mentioned that the teachers approved both options. The textbooks are available for Board members to review at the Central Office. If the Board adopts the textbooks, the next steps will be purchasing the books, mapping the curriculum, and beginning professional development for the teachers.

Dr. Tozzo and Dr. Roy gave an overview of the draft 2018-19 school year calendar. Dr. Tozzo mentioned that the bigger changes for that year will include having the Monday after Easter off and that the early dismissal data days will be shifted to make the high and middle school parallel in January, and the elementary schools in February. Mr. Burfeind questioned where the NF calendar falls in reference to the state’s regional calendar. Dr. Roy noted that there are some differences in observed holidays and more, but the start and end dates are similar.

Mr. Sbordone reported that the Communications/Community Outreach Subcommittee met to discuss a few items of interest. First, security at the Middle/High School parking lot and whether camera coverage can be enhanced. Second, they talked about offering world languages at the elementary schools. Due to budget constraints, a full program isn’t possible, but Dr. Roy is going to look into alternatives, such as after school clubs. Finally, they discussed before and after school care. They are going to investigate the matter, starting with a survey to help determine the level of need for the care. Mr. Sbordone issued a general invitation to the public to attend future subcommittee meetings. He went on to say that the meetings are an informal chance for parents to bring matters to the Board.

The Board voted unanimously to adopt the new policies: 3230.1 (fiscal compliance for Federal grant funds); 3281.2 (online funding and campaigns); 5118.3 (importance of collaboration between caregivers, schools, and children in foster care) and to modify language to existing policies: 3280 (online gifts and funding); 4218.14 (prohibits discrimination against staff members with disabilities); 5145.4 (non-discrimination against children with disabilities under section 504).

Mr. David Booth, Consolidated Music Teacher, reported on the 17th annual Music Share and its history. For Music Share, he coordinates all of the second-grade students in a fun and memorable show for the school and parents to enjoy. CABE Student Leader Awards were given out to 8th graders, Emily Flanagan and Sam Smith, and high schoolers Amber Perry and Corey Router–all of whom had a litany of academic and extracurricular accolades. Dr. Roy pointed out that many other awards have been appointed to our students in recent weeks, including a United States Presidential Scholar Award, high-scoring National Spanish Exam results, and state-level Unified Theater Rockstar Awards.

In a follow-up to recent health insurance updates, Dr. Roy reported that 81 faculty and staff members have signed up for the “Walking Works” program. She went on to point out a number of accomplishments at the schools including the JDRF walk that raised nearly $8K and the highly-entertaining 5th grade play.

In public comments, parent Rick Regan encouraged community members to vote yes on the school budget on Saturday, May 13. He was nervous that people would be thrown by the question that will be included on the ballot of whether the proposed tax hike was “too low” or “too high.” He hopes that people of a like mind will vote yes, and “too low.”

Parent Laura Consiglio researched accident information for Gilotti Road at the entrance to the High/Middle School. She noted that the reported accidents have risen from averaging 1 per year from 2005-2009 to 8 per year from 2010 to 2015. Her research showed that all of the accidents occurred in the seven o’clock hour or just after school. Ms. Consiglio also commented on the “unique personnel challenges” that the distract has experienced in recent weeks. In particular, she is dismayed with the 4/24 Special Board of Education meeting decision to determine seniority based on an offer versus a signed contract when determining staff reduction cases for employees who are hired on the same day. She is afraid that this sets an awful precedent.

Parent Kathy Baker stood up to say the she “fully supports Mrs. Johnson” and the faculty. She also said the she attended the administration’s vision session this week saying, “It’s a little late…But it was really, really good.” Jessica Smith, a parent of one of the aforementioned CABE award winners, relayed some thoughts for the community, in particular that we need compassion for each other, commenting that “mistakes, things that might even feel like failures, can be OK. You see, if we never fail, we never learn or grow.” She hopes that people will “think of the good you do for someone else when you model what you’ve learned from a mistake you’ve made.” She closed by reminding everyone that “If we choose, in a moment of hurt and error and judgement, to show compassion, we give someone the space to find it for themselves.”