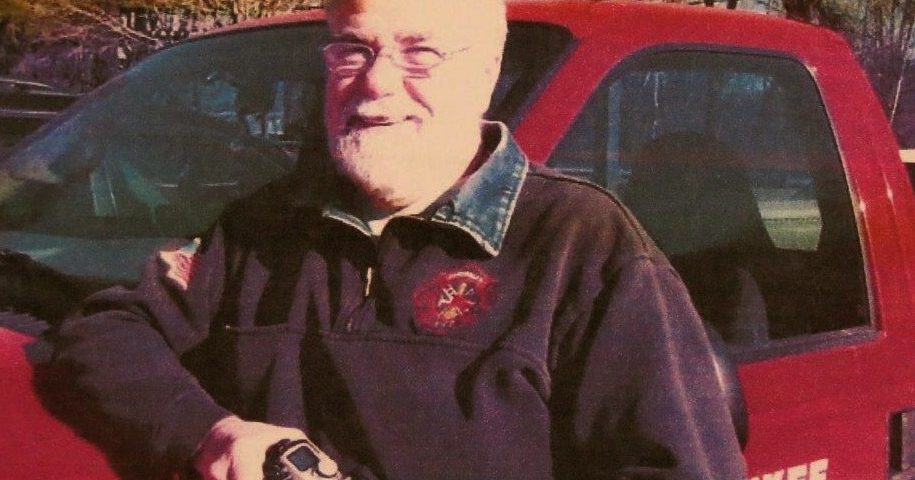 “To me, photography is an art of observation. It’s about finding something interesting in an ordinary place… I’ve found it has little to do with the things you see and everything to do with the way you see them.” – Elliott Erwitt

Elliott Erwitt is an American photographer known for his black and white candid shots of ironic and absurd situations within everyday settings – a master of what Henri Cartier-Bresson referred to as the “decisive moment.”

His quote is perfectly suited for Gary Albert, Sherman’s own photographer at large. Gary has entertained readers of the Citizen News and now the Town Tribune with his unique photographs and wily sense of humor. Gary has an eye not only for the beauty of nature here in New England but a gift for seeing the slightly off kilter moment many of us might pass by. As he says, “I like to get a different perspective. I love taking candid shots. No posing. I use a zoom lens so no one knows I’m there. That’s how I get some neat pictures and fun shots.” “Through A Yankee’s Eye” has been a mainstay on the Op Ed page of the paper for twenty-five years.

So…what exactly is a “Yankee’s Eye?” Gary refers to himself as a “Swamp Yankee” a term his grandmother used to describe her family and she traced her roots to Plymouth, Massachusetts in 1833. By definition a Swamp Yankee is from Rhode Island, eastern Massachusetts or Connecticut and known for being thrifty, industrious and down-to-earth. Gary says, “This fits me to a T.”

Gary’s interest in photography started around 1985. He’d been going to motocross races with his youngest son and taking photos with what he called “an old crappy camera.” His wife Melinda gave him a 35mm and his unique way of looking through the lens took off. One of Gary’s favorite shots was taken at Monticello raceway. He was at the track with his son, wandering around as he usually does, camera in hand, when he spotted an old outhouse. The door was hanging open and inside was a nest of birds on top of a toilet paper roll. Click…”Bird On A Roll” was captured with the byline “Waiting for Mom to Come Home.”

Gary has never taken a photography course and he’s not one for reading directions. He uses his view of the world and natural feel for the camera to take memorable photos. Gary calls himself a “picture taker” not a photographer and he still prefers film to digital. It’s difficult to get film developed these days so he now uses a Canon SX 40 digital camera. However, he remembers waiting all weekend to see if he captured another of his favorite shots. While taking a photo of a chipmunk a bee flew into the frame. When his pictures were developed, Gary was pleased to see the bee was right at the chipmunk’s nose. “Can We Bee Friends” was perfect and Gary believes he would not have gotten that shot with a digital camera, as unlike film, digital holds a slight delay.

Kodak was one of the icons of the photography industry with their cameras and film used worldwide. The fast pace of technology in that industry had a severe impact on Kodak and the company filed for Chapter 11 bankruptcy in January of 2012. In February of that same year, Kodak announced that it would stop making digital cameras and focus on the corporate digital imaging market. Gary shared a great story from back in the Kodak “hay-day”. Planning a trip to Niagara Falls, Gary called Kodak’s headquarters in Rochester, New York to take advantage of their expertise and get some advice. He’d been using the auto setting on his camera but he wanted to get a special photo of the Falls at night. Kodak sent him the information not only for settings and film speed but how to use a tripod and a remote release. Gary used the same technique to get expert shots of an eclipse of the moon.

Born in Danbury, Connecticut in 1943, the youngest of three children, Gary was raised in the Golden Hill area and graduated from Danbury High School in 1960. He moved to Sherman in the mid 1960’s and worked in the heating field since 1964, eventually starting his own business Yankee Service Company in1984. Years ago when his union went on strike for seventeen weeks, Gary decided to follow Horace Greely’s advice and “go west young man” taking a travel card from the union so he could find work in Colorado to support his family and round out his inner person. Gary prides himself on the fact that through his years in business he’s always had a great rapport with his clients cementing those relationships with a handshake whether the job was $100 or $50,000.

Gary and his wife Melinda have been married for 27 years with a “yours”, “mine” and “ours” family consisting of Gary’s four children and Melinda’s three making their own “Brady Bunch.” That family has grown to 14 grandchildren and 5 great grandchildren…and one dog.

As Gary was getting started with “picture taking” his photo of Happy Acres Farm in Sherman was published in Country Magazine as a finalist in a photo contest. This sparked an idea and Gary brought the picture to Ellen Burnett, then publisher of the Citizen News. They decided to run one of Gary’s photos each week calling it “Through A Yankee’s Eye” along with a little saying about the picture. One of the first photographs in this new feature was a shot of his son’s Dalmatian sitting alongside Gary’s fire department gear, titled “Waiting to Answer the Call.” Gary’s knack for not only composing the picture but pairing it with the perfect caption lends to the popularity of this weekly feature. For many readers it became a weekly routine to open the paper, turn to the Op Ed page and see what Gary created that week.

Over the years Gary has taken thousands of photos. Encouraged by his son and grandson he abandoned his flip phone for an I-phone and there are 800 photos on that device alone. He does like the ability to simply delete a photo if he doesn’t like it but Gary is quick to point out that he does not edit his photos – no cropping, enhancing, or improving the color and he can tell you where every one of those photos was taken and the circumstances involved.

Recently Gary displayed some of his photos in an art show at the Sherman Library, and introduced the concept of creative framing. Using a landing net, he framed a picture of his grandson holding a fish, securing the photo within the net rather than in your basic frame. Gary’s wife Melinda used to babysit for the tennis player Andy Roddick and they have an autographed picture of him that Gary framed in an old tennis racket. Another innovative technique Gary likes is taking progressive shots. As he says we take pictures of our kids as they grow, why not the changing landscape. A few years ago Gary self-published a book of his photographs titled…what else…Through A Yankee’s Eye with over 200 pictures published in the Citizen News from 1993 to 2008.

According to Orson Welles, “if you want a happy ending, that depends, of course, on where you stop your story.” Despite the fact that “Through A Yankee’s Eye” has been a most popular feature in our local paper for twenty-five years, Gary has decided it’s time to wind it down. This will be his last year contributing and he’ll be featuring many of his beloved photos throughout 2017. As Gary simply put it, “I want to stop while everyone is still enjoying it.”

He’ll still keep his camera handy, but Gary has other interests. He’s a forty-five year member and past Captain of the Sherman Volunteer Fire Department, past member of the Sherman Planning and Zoning Commission, Sherman Board of Selectmen, Sherman Merchants and Tradesmen, Sherman Republican Town Committee and Chairman of the Sherman 2002 Bicentennial celebration. His love of the track has not diminished and his youngest son is now involved in NASCAR and Gary also helps a buddy who races at Lebanon Valley Speedway over in New York.

Gary is a country gentleman with great tales from the past and he plans to recreate one of those moments from his life. His grandfather used to take him fishing to all the reservoirs in Danbury. They used bamboo fishing poles and the first time they went it was pouring rain. Walking through the door of his grandmother’s house she lit into her husband for getting Gary soaked. His grandfather calmed her down and in aside to Gary said, “Whatever you do don’t get sick.” Gary plans to spend about an hour at each reservoir over time, catch and release and as he says, not being sure if all this is legal, “if I don’t get caught I’ll keep on going.”

Approaching seventy-five, Gary has but two regrets in his life. One is not having served in the Navy during the Vietnam War. He was registered but never called up and believes the camaraderie with other men in the service would have been beneficial. The second is missing the Woodstock Music Festival in 1969. He had a family by then so it was out of the question but he thinks that would have been quite the experience. I assured him it was!

There are fifty-two weeks in a year and approximately thirteen hundred weeks in twenty-five years. Finding that perfect moment in nature or in life and recording it to share with others, every week, is not as easy as Gary Albert makes it look. We thank you sir, for sharing your gifts with us over these past many years and wish you well in all your next endeavors.