New Fairfield Board of Finance Considers Contingency Options as State Budget Crisis Drags On; Other Boards Weigh In 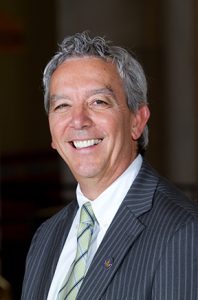 When the State Legislature starts its fall session on September 14, its largest unfinished task, the proposal and approval of a new two year state budget, will be waiting. State Representative Richard Smith acknowledges that will be a challenge. “We can’t afford to do what we’ve been doing, we have to change the way we’ve been doing things,” he said.

The effects of the continuing turmoil regarding the State’s budget—or lack thereof—continue to be felt in towns throughout Connecticut. More than two months after the start of the 2017-18 fiscal year, the State still does not have a budget in place. Governor Dannel Malloy’s proposed budget calls for elimination of State education aid to 85 municipalities. New Fairfield and Sherman are both among those towns. Sherman stands to lose $46,611 in aid while New Fairfield will be cut $4.5 million.

The battle over the budget has broken down along party lines. According to Rep. Smith, House Democrats are countering the Governor’s proposed budget with one of their own. While that budget would restore State aid to many towns, including New Fairfield, at the same level as the previous year, it would also include roughly $1 billion in tax increases including raising the state sales tax half a percent to 6.85%, assessing a luxury tax on big ticket items such as car purchases, and raising tobacco, hotel, and other taxes.

Meanwhile, Republicans have stressed decreasing spending rather than increasing revenue. House Republicans have drafted several budget proposals this year, although none have made it to the House floor for a vote. All versions of the Republican budget have kept aid to municipalities intact and have not included any new taxes, focusing on ways to cut expenses instead.

According to Rep. Smith, the Governor’s budget tries to pass unfunded State initiatives off on the towns. “I have always been opposed to the State mandating what towns have to do, then telling them ‘you pay for it’.”

As for the $1.5 billion in concessions over the next two years gained by the Governor from the State Employees Bargaining Agent Coalition (SEBAC), Rep. Smith feels they are “a big roadblock” that has “hamstrung” the State going forward because it will restrict to the State’s ability to lay off employees and leaves an expensive benefits system intact until 2027. This, he says, will cost the State in the long term.

When asked what the procedure would be if the Democrat’s proposed budget was called on the House floor for a vote, Representative Smith said that the Republicans would propose their alternate budget. If the budget proposal was passed in the House, it would move to the Senate for approval. Democrats hold a 76-72 majority in the House, while the Senate is evenly split. A number of Democrat representatives have gone on record as stating they would not be in favor of a budget that included an increase in the sales tax, and many of the 85 municipalities due to lose funding from the State are represented by Democrats so if put to a vote, the Democrats’ budget proposal is not assured of passing. That being said, Mr. Smith speculated that the Democrats would most likely not call their budget proposal to a vote unless they were sure they had enough votes for it to pass. If a budget is not called, then the State will continue without a budget, putting municipalities under even greater strain to fund their day to day operations.

Rep. Smith said he hopes legislators on both sides of the aisle will then sit down and negotiate a reasonable budget in good faith. “Seven years ago I ran on a platform of zero tax increases. I have never voted for tax increases…and will continue to fight for a zero tax increase budget.”

If State legislators can’t agree on some sort of compromise, the towns will bear the burden which could result in reduced services and increased taxes.