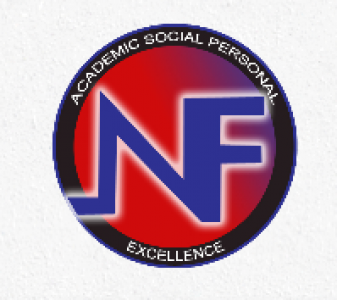 NEW FAIRFIELD – On December 7, the BOE elected a new board member, Kathy Baker, in front of a remarkably well-attended meeting. The 7-1 vote was hardly a nail-biter, as Ms. Baker was the only candidate for the position. Prior to the vote, Ms. Baker went to the podium a second time, having spoken at length at the November 27 special meeting. She thanked everyone for the opportunity. She reiterated her respect for the teaching profession and her interest in joining the BOE to stand for students, “I think trust needs to be rebuilt between the town, the board, and the community.” She was sworn in at the meeting.

In an election of officers, Ms. Peggy Katkocin was voted in as chair, Mr. Dominic Cipillone will be vice-chair, and Ms. Kimberly LaTourette will be secretary. Ms. Katkocin asked all of the members to email her with subcommittee and liaison appointment requests.

There was drama surrounding the chair position decision that began at public comments and carried through to board member comments at the meeting’s close. Parent, Terra Martin-Volpe, pointed out that the board chair position, which already had recent tension and rumors surrounding it, requires “knowledge of policy and procedure.” She was disappointed by Mr. Cipollone gaining the temporary seat over veteran board member Ed Sbordone at the previous meeting. She said, “I am concerned that there have been back-door agreements based on political objectives.”

Ms. Martin-Volpe went on to urge the board members to vote for Ms. Katkocin as chair, based on her extensive experience. She cited potential gender inequality if the vote went in another direction. Ms. Volpe acknowledged that she was possibly courting retaliation, “Women who speak out in support of each other do so at a risk.”

In reaction to the board chair vote and public comments, Mr. Douglas DeRito said “One of the reasons I was interested in the chair was not for politics…I think everybody on this board has the credentials to lead…we left election day with some very good people being elected.” He went on to say, “I also take offense to the implication of Dominic’s not running the meeting well…I don’t think anybody has been political or has maneuvered behind the scenes.”

Mr. Cipollone said that he was also “taken aback” about gender comments that were made at the podium. In a defense of himself he said, “Becoming the interim chair last week…I fumbled a little bit and to the members of the community I offended and insulted, I am truly sorry.” He said, “I will fight tooth and nail for the children in this community.”

Ms. Katkocin diffused a lot of the tension by quoting a former chair of the BOE, Ron Kern, who welcomed a newly-elected board, including herself, with the following, “If you are here to push your own agenda or the agenda of your children I will accept your resignation. I know you got here with a political process, but if you think politics are going to stay with us, go outside, leave it out there and come back in here and be a member of the board of education.” She remembers that board as remarkably successful and noted that one of the comments that stands out to her about that period was someone remarking that they “can’t tell who the Republicans and Democrats are.” She says that there is a lot of work ahead and she looks forward to representing the teachers, “The success of a lot of children in this district is because of the care of a teacher and because of a partnership with the parents.” She said, “My initial impression is that there is not a single person on this board who doesn’t want to stand up and represent an excellent school system.”

Also in board member comments, Ms. Samantha Mannion gave an update on the superintendent search. She thanked all of the focus groups participants and reported that there have been 373 online survey responses. The consultants working on the search expect applications to come in before Christmas. A focus group analysis will be prepared for board members by around the 15th of the month and a final draft will eventually be made available to the public. Greg Flanagan asked to be placed on the search subcommittee.

Mr. Rick Regan noted that he wanted “to thank the people that walk up to the podium over the past few years…I want people to keep coming…We want to know about things that maybe it looks like we might not know about.” In an effort to accurately reflect his thoughts, Mr. Regan asked to amend the minutes of the 11/1 meeting. He also asked to amend the minutes for 11/27 to add William Touri, Jr. to the list of BOE candidates.