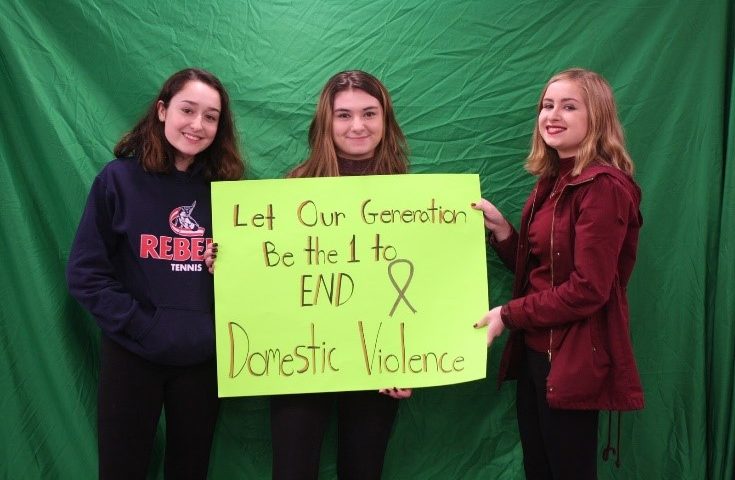 New Fairfield High School was buzzing with activity as Peace Project, a social justice club that strives to spread awareness and acceptance of important issues, hosted its annual Positivity Photo shoot on November 21st . The Positivity Photo shoot is held in honor of the International Day for the Elimination of Violence, which is officially recognized on the 25th of November. This event allows students to show support for survivors of domestic violence, while learning about the cause.

Students eagerly lined up during all three lunch waves to take their picture holding up signs with positive messages for survivors and important statistics about domestic violence. Many students took individual photos, but the majority took photos with a group of friends to present a united front. While waiting for their turn, students were directed to watch the videos playing, promoting the importance of standing up against domestic violence, as well as explaining the issue in more depth.

In addition to the photo shoot, Peace Project sold bracelets from the No More Campaign, a group that is “dedicated to getting domestic violence and sexual assault out of the shadows and encouraging everyone to be part of the solution”. The sales from the bracelets will soon go towards a chosen organization that fights for the elimination of domestic violence.

It was truly inspiring to see the amount of students willing to take part in this crucial event. Quite simply, a unified student body, leads to a unified community. A community that cares for one another and treats everyone as their equal. This is a community that can significantly help end any form of violence.