The Budget Process – What, Why, and When and How You Can Express Your Opinions 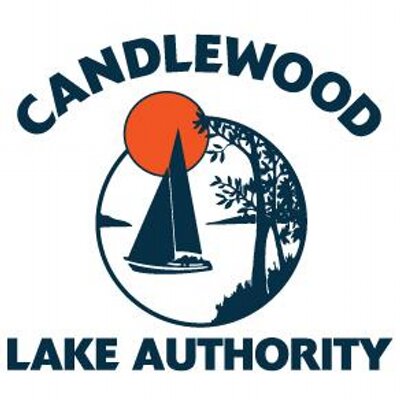 Aquatic Ecosystem Research (AER) partners Larry Marsicano and Mark June-Wells presented its 2017 Season Water Quality Report to the Candlewood Lake Authority (CLA) prior to the CLA’s February 14 meeting. In addition to 2017 water quality data, AER was able to draw upon 33 years of data and analysis compiled by the CLA, university studies, and other accumulated documentation which enabled the firm to put results in context. In his presentation Mr. Marsicano, the former executive director of the CLA, noted that water quality in both Candlewood Lake and Squantz Pond has improved in general over the past several years.

Mr. Marsicano stated that nutrient levels, including phosphorus and nitrogen, have been trending down in both bodies of water. Water transparency has also improved. Mr. Marsicano noted that the reduction in nutrient levels is a result of efforts of the CLA, land use agencies and the general community in reducing runoff into Candlewood Lake.

However, he also noted that conductivity levels have increased, particularly in Candlewood Lake. According to AER’s executive summary, the increase in conductivity “appears due in large part to increasing concentrations of sodium, calcium, magnesium, chloride and possibly, alkalinity.” pH levels in Candlewood are also increasing. AER also found that Candlewood and, to a lesser degree, Squantz are “experiencing changes in seasonal patterns of stratification,” or the layering of water temperatures by depth.

Mr. June-Wells noted that these factors create an environment favorable to blue green algae and unfavorable to competing algae. When the temperature is right, this environment favors blue green algae blooms. While increased lake stratification is most likely due to climate, Mr. Marsicano stated that increased levels of dissolved salts—sodium, chloride and magnesium—were likely due in large part to road salt usage on state, town and private roads around the lake. Mr. Marsicano speculated that the reason dissolved salt levels have increased at a slower rate in Squantz is that there are fewer roadways around the pond.

AER noted that a previous report the effects of drawdowns conducted by FirstLight Power each year showed that shallow drawdowns showed no measurable increase in water quality the following year. It did note that water quality improved after deep drawdowns. Mr. Marsicano speculated that improvement in water quality after deep drawdowns could be due less plants and fewer nutrients. He also noted that fewer plants would mean less photosynthesis, which would drive up pH levels. It was also noted that the amount of Eurasian milfoil dropped an average of 138 acres the season after a drawdown.

Based on its findings, AER made several recommendations to the CLA, including look to develop programs to continue to lower nutrient levels in the lake, conduct a watershed study to cut down on road salts and other runoff, and consolidation and review of existing plans to develop a comprehensive lake management plan.

CLA Chair Phyllis Schaer thanked AER for its report. She noted that the CLA would be working to develop a lake management plan and conduct a watershed study in the coming year.

During the public comment portion of the meeting CLA delegate John Hodge took the unusual step of addressing the Authority as a citizen. In a prepared statement, Mr. Hodge voiced his concern regarding “the CLA and how it is operating under the current leadership”. According to Mr. Hodge, “the Lake Authority has been locked in one conflict after another with various agencies or entities for well over a decade…from issues with FirstLight Power…DEEP, the Town of New Fairfield, the Lake Patrol and now me personally.”

Mr. Hodge voiced his frustration with multiple issues including the Lake Patrol hiring and disciplinary procedures and the role/powers of the Executive Committee to conduct those activities.

Ms. Schaer responded that she had reached out to Melinda Decker, DEEP’s legal counsel, to “clarify the employment authority of the CLA regarding Lake Patrol officers and address a recent concern on employment chain of command…CLA hires and employs and the DEEP appointment permits them to enforce boating law.”

She also noted that according to DEEP Supervising ENCON officer Colonel Overturff, “the Agency has no objection to adding language to the MOA confirming that the CLA is the employer of the Lake Patrol officers.” The MOA between the CLA and DEEP is due to be revised this year.

In other meeting news, Ms. Schaer, reporting for Vice Chairman and HR Committee Chair Mark Toussaint, stated that after conducting phone interviews with eight candidates for the open Executive Director position, four finalists have been identified. Face-to face interviews with those four will be on February 17.

The Candlewood Lake Patrol reported that it has identified eight new hire candidates and that training would begin on February 27. Hiring of the candidates is contingent upon successful completion of training and clean background checks.

The next regular meeting of the CLA will be Wednesday, March 14 at 7:30pm in Brookfield Town Hall.