In the Spotlight: Lockey Coughlin, Coordinator and Founder Education Without Walls 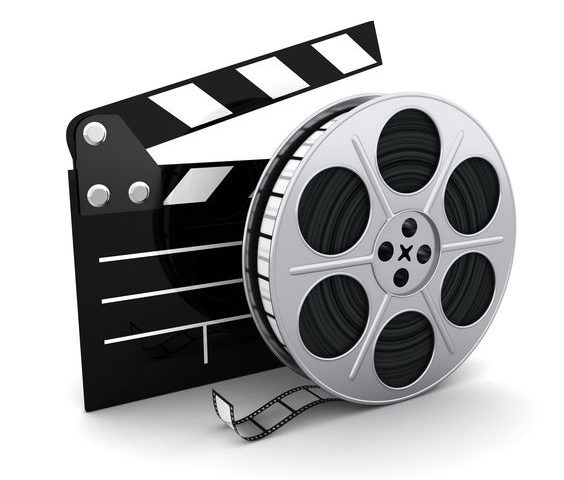 NEW FAIRFIELD – This past Friday was the last day of high school for the NFHS Class of 2017. We cleaned our lockers, returned our books, and walked out of school for the last time… until August that is, when many of us will begin our freshman year of college. As we began handing in our final projects, Crosby Lambert and I proposed a question to ourselves, did New Fairfield High School fully prepare us for college? To answer this heavy question, we set out to speak with students and administrators, and created the short documentary, ‘The Truth About New Fairfield High School.’

Crosby and I were inspired to make this documentary through the experiences each of us had at the school. Throughout our high school careers, we both experienced Foundations courses, Honors courses, and AP courses, and the gap in learning between them. We identified that in the Foundations courses we took, we did not meet the common core state standards in which we were supposed to meet for that year, while in the Honors and AP courses, we did. As we thought more about this gap, we realized that those students who were in Foundation courses throughout their high school careers, very possibly may not be prepared for college. If they had similar experiences to those that Crosby and I had, the classes they took may not have taught them what is required for college through these common core standards.

Upon speaking to a handful of students with varying high school experiences, we determined that our observation of this gap between Foundations, Honors, and AP courses was something that other students noticed too. When we asked students if they felt that they met the common core standards in their Foundations courses, and if they felt that they learned everything they were supposed to, all of them responded with the same answer. No.

NFHS senior Jenna Racca told to us that she only took one Foundations course throughout her high school career, Algebra II. When we asked her if she felt that she met the common core standards, and learned what she needed to from that course, she explained to us, “I would have to say no, not entirely. When I went into Honors Pre-Calculus the next year, there were some things that I was not solid enough on from that class (Algebra II). The teacher for Algebra II actually had me and a few other kids who were doing well in the class teach other students, and I think it slowed us down.”

Another student, NFHS senior Harrison Stoffel, told us that during his high school career, he was in all Honors and AP science classes, but mostly Foundations English courses, and that “In the Foundations English courses that I took, I feel like my skills did not progress much from 8th grade. I’m kind of nervous going into college because I’m strong in the sciences, but I don’t know how to write a strong paper, or parse literature.”

Despite the lack of knowledge gained from their Foundations courses, all of the students we talked to identified that in their Honors and AP classes, they felt that they were being well prepared for college, and met the common core standard set for the course. When asked if they noticed a possible cause for this gap, many students identified that the environment of the classroom was a major setback for learning. NFHS senior Nicole Cennamo told us about how since AP Statistics wouldn’t fit into her schedule this year, she had to take the regular statistics course, and that she was disappointed in the class environment. “Students talk the whole time, and we can’t cover the material. I’m taking the AP Statistics test this week and I’ve had to teach myself the majority of the material because we can’t learn it in class. I wouldn’t say it was even the teachers fault, it’s really just the class dynamic. The kids who go through high school in Foundations courses aren’t held to as high of a standard as the AP and Honors kids are, and the environment is much less strict, so kids feel that they can goof off and get away with it, which really sets back the learning.” Along with Nicole, many other students acknowledged that the class dynamic of a Foundations course is much more laid back and not as strict as Honors and AP, and hinders the learning of students.

So you may ask, what if a student wants to take the Honors or AP course, instead of the Foundations class they would normally be in? Well this is one of the questions that really drove Crosby and I to make the documentary. We were both put in Foundations English our Freshman year, and when we pushed to take AP, the school made it very hard for us to move up. Many other students identified this as an issue. Matthew Rossi, NFHS senior, explained, “There has to be more opportunities. When you look at the course of studies, it’s very linear. You have your pre-requisites from middle school, and your teacher recommendations, and once you get on one path (Foundations, Honors, or AP), you pretty much follow that path until the end. A lot of the issue could be solved if they make it more about individualism in school, and being able to have more choice over your classes.”

When we asked the students if the school ever pushed them to take higher level classes, and reach their full potential, Katherine Vasquez explained to us ” No they never really did. They always just handed me a piece of paper with my course selection on it, there was never any one-on-one about whether I should push for an Honors or AP course.” After Identifying these problems, we asked students if there was any way they think we could solve these issues, and we have some good news.

Nicole Cennamo is currently working on the House of Rebel-sentatives within the school, a group of students who voice their problems, concerns, and ideas to a board who represents them at the Board of Education meetings. With this in place, Nicole is hoping that the BOE and the school administrators will be able to hear and work on the problems that are important to the students.

Additionally, Crosby and I met with Dr. Sanzo, Principal at NFHS, and discussed these issues with him. Upon speaking with him, we learned about many improvements the school is hoping to make with him as the new principal. He explained to us “standardized test scores and the SAT are areas of improvement for us. We are putting programs in place such as the free PSAT for students, workshops for teacher to be trained in understanding the PSAT scores to help their students, and offering SAT tutoring after school. I don’t believe on having a huge focus on test scores, and teaching to a test, but being that the SAT is our accountability measure as a high school, and the key to post secondary opportunities, we need to work on improving.”

By putting in place these new programs, students will be given the opportunity to better their learning in all areas. Additionally, Dr. Sanzo explained to us that they are trying to create more individualism within the school, and listen more to what students have to say about which classes they wish to take. “If they want to take more of a specific AP or Honors Science course for example, we will offer more of that course. If they don’t want to take as much of a certain art course, we will cut back on how many classes of that art course we offer, in order to be able to save money, and put it in other places that can better our students education.”

This new focus on students will hopefully minimize the issue of kids being forced to stick with the Foundations, Honors, or AP path they were put on as a Freshman. Much of this issue stems from there simply not being enough of a certain Honors or AP course offered. If a student coming from Foundations wants to go to AP the next year, there may not be enough room in the class if there are only one or two offered, or it may not fit in their schedule. By listening to what courses the students want to take, the school will be able to meet their needs more easily.

So, to answer the question Crosby and I asked at the beginning of this project, does New Fairfield High School fully prepare their students for college? We would have to say yes… and no. If a student takes Honors and AP classes throughout high school, yes, they are most likely well prepared for the rigor a college course will hold. If a student is in only Foundations courses throughout their high school career though, the opposite may be true. They may not have been taught on the necessary skills for college, such as how to write strong papers, how to parse, or a strong background in algebra, just to name a few. Hopefully though with many new programs in place to eliminate this issue, we will have all of our students back on top within the next year or two.