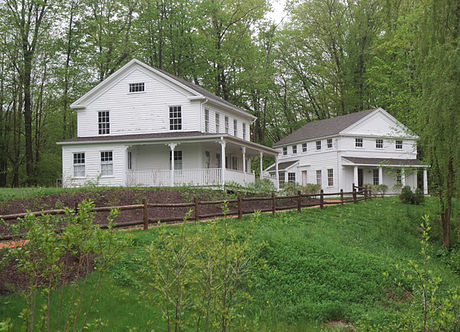 The Parsonage and The Hubbell House

NEW FAIRFIELD – The March 9 meeting of the Board of Selectmen began with an update from First Selectman Susan Chapman on the grass carp stocking permits issued by the Department of Energy & Environmental Protection (DEEP) for Squantz Pond and Candlewood Lake.

Ms. Chapman has reached out to the Candlewood Lake Authority (CLA) and DEEP to schedule a meeting to address next steps for the stocking of the grass carp in both bodies of water.

This was followed by the standard public comment period in which six residents voiced displeasure with the proposed deployment of chemicals in Candlewood Lake, specifically the herbicide Diquat to combat Eurasian milfoil and a copper sulfate algaecide to quell blooms of blue-green algae, and the apparent non-transparency of the proposal process.

Several residents posed pointed questions to the Board regarding what plans it had for the future of the proposal to hire SOLitude Lake Management to deploy chemical treatment, the Town’s due diligence process regarding potential liability issues, and the process used to select SOLitude.

The Board declined to comment on questions posed to it. Ms. Chapman noted that the public comment portion of the meeting was to have a give and take, but for the public to state its points of view.

Preserve New Fairfield also requested permission to build a storage barn on the property behind the Parsonage. The barn would be no bigger than a single car garage and would be period-correct. It would be wired for electricity, but would not need plumbing. Its purpose is to house the golf cart used on tours and for storage.

The Board voted to accept the modifications to the lease and approved the barn with the stipulation that it be no larger than 30×30 feet.

The next Board of Selectman meeting will be held on Thursday, March 23rd.