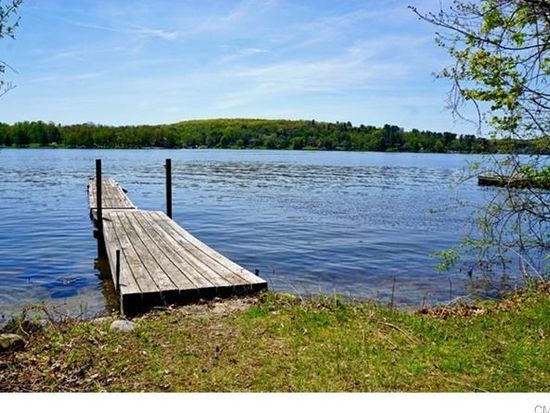 At a special town meeting held May 30 at the New Fairfield Senior Center, residents voted overwhelmingly to approve a new town ordinance requiring a vote prior to any chemicals being used in Candlewood Lake. More than 300 voters turned out, with only a handful voting against. The full wording of the ordinance is as follows:

The town shall not introduce or cause to be introduced any chemical into Candlewood Lake for the control of aquatic vegetation, fish populations, or other aquatic organisms anywhere within town boundaries without prior approval from the town’s legislative body by a vote taken at a special town meeting held specifically for this purpose. Nothing in this provision shall be construed to prevent the Director of Health from exercising any of his or her powers as provided by law.

Such ordinance, if approved, shall be adopted as Chapter 6, Article I, Section 6-20 of the Code of Ordinances, New Fairfield, Connecticut, entitled “Sec. 6-20 – Introduction of Chemicals into the Waters of Candlewood Lake”.

In order for the ordinance to go into effect, it must be published in the paper designated for legal notices (the Town Tribune). Once published, it becomes effective in 15 days.

The town meeting was triggered by a petition presented to the Board of Selectmen by Candlewood Voices, a group of residents dedicated to keeping the lake chemical free. This was the second petition put before the Board. The first was denied because it superseded the authority of the Director of Health to protect public health and safety.

The petition was presented in response to a proposal put forth last October by the Board of Selectmen to treat the Eurasian milfoil outbreak in Candlewood Lake with the herbicide Diquat and to combat blue-green algae blooms with a copper sulfate algaecide. At a public hearing on October 13, 2016 the Board requested the appropriation of $30,000 to the “Cap & Non” budget line under the designation of “Lake Studies”. This was part of the proposed application of a budget surplus for fiscal year 2015-16 to several different budget line items.

On October 20, 2016, SOLitude Lake Management delivered a proposal to the Town of New Fairfield for a test program to deploy an herbicide containing Diquat in the lake near the Town Park and Shelter Harbor Cove.

The proposal brought about a negative response from many residents, particularly those living on or near the lakeshore. The primary concern was over the proposed use of chemicals.

Residents were not satisfied and on April 17, submitted the initial petition. After it was denied, a second petition was submitted on May 9. This resulted in a special meeting of the Board of Selectmen on May 18 at which the May 30 town meeting was scheduled.

First Selectman Susan Chapman indicated that in light of the vote, the Board will not pursue the chemical proposal. It will focus its attention on testing water entering Candlewood Lake for high nutrient/phosphorus content. She noted that the State will be requiring more rigorous testing for runoff which will apply to all towns and cities in Connecticut in varying degrees. The Board is currently working on a water testing plan that it will unveil in the near future.