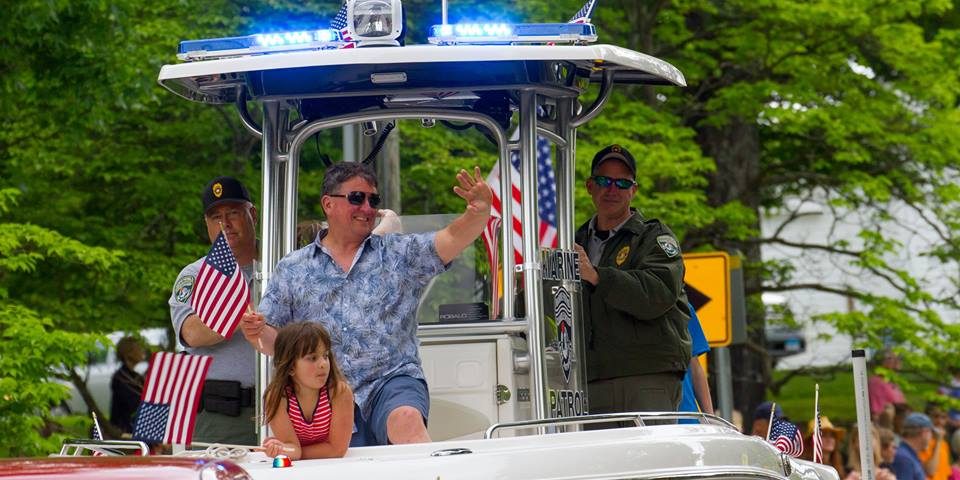 Candlewood Lake Authority Chair Phyllis Schaer began the June 14 meeting of the Authority by wishing outgoing Executive Director Larry Marsicano all the best in his future endeavors and thanking him for his years of dedicated service to the CLA and Candlewood Lake. Mr. Marsicano will be leaving the CLA as of June 30 to become a partner at Aquatic Ecosystem Research, a freshwater conservation company.

Marsicano has been with the CLA since 1998, working as Research, Education and Public Outreach Director before being named Executive Director in 2003. In his letter of resignation, Marsicano stated, “I will forever value the many friendships and relationships I have made over the nearly 20 years with the CLA including those with many of the CLA Delegates, Lake Patrol Officers, elected leaders and the many others in our communities who treasure Candlewood Lake. I also will always be forever grateful for the friendships and efforts of CLA staff.”

During the public comment portion of the meeting, a number of area residents expressed regret that Mr. Marsicano was leaving and wished him well. Several expressed hope that he would continue to work in some capacity toward the well-being of the lake.

Ms. Schaer presented a proclamation from the Congressional Record to Mr. Marsicano. The proclamation was written by Congresswoman Elizabeth Esty and stated in part, “Mr. Speaker, I rise today to honor Mr. Larry Marsicano for his many years of tireless work to improve and protect Candlewood Lake. As Larry prepares to leave the Candlewood Lake Authority where he has served as Executive Director for fourteen years, I would like to take this opportunity to thank and recognize him. Larry has been a champion for conservation in western Connecticut, and his expertise and dedication have helped our community make significant progress to address pollution in Candlewood Lake.”

In her Chairman’s report, Ms. Schaer noted that 4,450 sterile grass carp were released into Candlewood Lake on June 8. The carp are a supplement to the 3,816 released in 2015. The CLA along with the CT Department of Energy & Environmental Protection (DEEP) and the five towns bordering the lake instituted the sterile grass carp program to curtail the growth of Eurasian milfoil in the lake.

Ms. Schaer also noted that Mr. Marsicano will continue conduct water quality tests and the year-end report for the remainder of the season. A HR search committee has been assembled to begin the process of recruiting and interviewing candidates for the Executive Director position.

The Authority discussed and voted on a proposed change to the financial section of the CLA by-laws. The change would institute a due date of July 31, or 30 days after the start of the fiscal year July 1 for the five towns bordering the lake to pay their annual appropriation. Currently, the by-laws do not require a due date for payment. The proposal would also prevent delegates from a delinquent member town from participating in meetings although they may attend the meetings. CLA services and benefits could also be withheld from a delinquent town.

After a motion was made to approve the changes, a discussion followed. New Fairfield delegate John Hodge stated that it was beyond the scope of the CLA to make changes such as this to its by-laws. Ms. Schaer noted that she had spoken to Brookfield First Selectman Dunn, Danbury Mayor Boughton and New Milford Mayer Gronbach and they had no issue with the proposed by-law change.

Mr. Hodge stated that New Fairfield withheld its payment because its town auditor noted discrepancies in the CLA’s financial records. Once those were rectified and/or explained, the town made its payment.

Brookfield delegate Bill Brown argued that while the other four towns agreed, they paid promptly for the good of the lake. The necessary changes could have been accomplished within the CLA meeting process without endangering the effectiveness of lake projects by withholding funds.

A vote was taken. Eight voted in favor of the proposed changes, while four voted against. However, according to the CLA by-laws, in order to approve a change to the by-laws, a two thirds majority of all Authority delegates and officers is required. If not all are present, then a minimum of ten yes votes is required, so the motion failed. The by-laws will remain as currently written.

The next meeting of the Candlewood Lake Authority is scheduled for July 12 at 7:30 in the Brookfield Town Hall. Upcoming CLA events: June 24, Fireworks on Candlewood Lake; July 28 & 29, CLA booth at New Milford’s Village Fair Days.