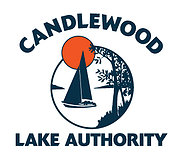 The latest developments in the sterile grass carp program and the potential introduction of chemicals to combat the spread of Eurasian milfoil were the two dominant subjects at the Candlewood Lake Authority’s (CLA) fourth annual State of the Lake meeting held April 2nd. Larry Marsicano, Executive Director of the CLA welcomed more than 100 attendees to the Candlewood Inn, which donated their facilities for the afternoon.

The CLA was established in 1972 to provide a public safety presence and enforce boating laws on Candlewood Lake. In the early 1980’s, the CLA’s role expanded to environmental monitoring, education and research in part to combat invasive Eurasian milfoil. The CLA is made up of three delegates from each of the five towns that surround the lake—Danbury, Brookfield, New Fairfield, New Milford, and Sherman.

Mr. Marsicano began by giving a retrospective of the challenges of the past year, noting that management of Candlewood Lake was an extremely complex process. Every other winter, a deep drawdown of the level of the lake is scheduled to occur. The purpose of the drawdown is to curtail milfoil growth. This was supposed to happen this past winter—in fact, FirstLight Power had met with CLA and discussed an initial drawdown in December and the deeper drawdown in January. However, the discovery of zebra mussels, another invasive species, on the foundation of the Rocky River power station caused them to rethink the plan.

It was decided to go with a shallow drawdown instead. This lessened the chance of adult mussels being sucked into Candlewood, but it also decreased the drawdown’s effectiveness.

pressure hot water system to prevent the lake from being contaminated. Kohl’s donated a portion of their parking area for the equipment to be used. Plans are in the works to raise funds for build a structure to house the equipment in the future. The Town of Brookfield is preparing a grant request to fund the project.

Cynthia Stevens, Ball Pond Advisory Committee Chair, spoke about the program to introduce grass carp into Ball Pond. The program began 20 years ago. At the time, milfoil was choking the pond. Ball Pond was the first public lake in New England to use sterile grass carp to control milfoil. It took a lot of work to convince the CT Department of Energy & Environmental Protection (DEEP) that grass carp was a viable means of weed control. Eventually, DEEP approved the release of 412 carp into the pond. Results began to be seen about three years later.

Two citizens’ groups also spoke at the meeting. Carolyn Rowan of the new citizens group Candlewood Voices urged residents to speak out against the use of chemicals in Candlewood Lake and invited those present to join the group and become more engaged in the natural ecological health of the lake. Jay Adolf of Citizens for a Peaceful Candlewood Lake CPCL) spoke about the rise in noise on the lake in recent years, particularly from playing of loud, sometimes offensive, music. The organization’s mission is “to create and restore a civil, quiet & peaceful environment for the lake shore residents and boaters.”

Public questions and comments finished out the program. Most of these pertained to the Town of New Fairfield’s proposed use of chemicals in the Shelter Cove area of the lake. New Fairfield resident and Democratic Town Committee Vice Chairman John McCartney urged those present to “fight for the lake” and make their voices heard by attending New Fairfield Board of Selectmen and Board of Finance meetings, writing to the local papers, participate in demonstrations, and protest to the State and DEEP. He noted that if and when DEEP receives a chemical permit application they will be accepting comments from the public for two weeks after it receives a permit application.

Other comments were not in favor of the proposed herbicide plan and many expressed anger and outrage that New Fairfield was proposing the use of chemicals without including the CLA and the other four towns surrounding the lake. CLA Board Chair Phyllis Schaer noted that they are trying to find a common ground with the New Fairfield BOS. The general feeling was that the CLA and towns should look for some means of preventing New Fairfield from moving forward with the proposal, however, Mr. Marsicano thought it unlikely.

The CLA’s 17th annual Candlewood Lake Cleanup day will be May 20th, rain date is May 21st. Soil testing will be conducted April 23rd at the New Fairfield Stop & Shop the Sherman IGA.