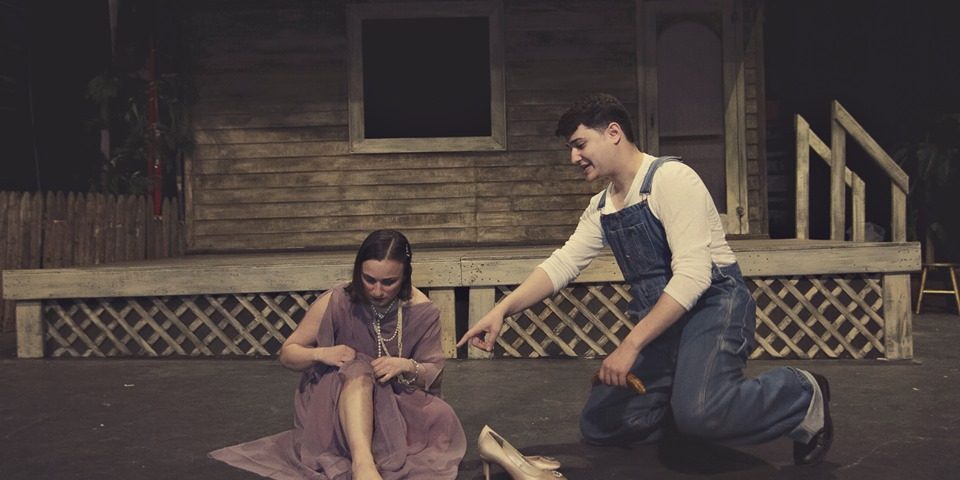 These three plays have been described as “Slapstick Tragedy.  Far out tragic comedy in the genre of Theatre of the Absurd, with a touch of Theatre for Cruelty.” The first offering is “The Gnadiges Fraulein” which is set in a rickety bunkhouse, for “permanent transients,” whose characters include a society columnist, a frowzy crone, a demented former Viennese vaudevillian, a Cacaloony bird and a blond-wigged Indian.  In the second play, two lonely children inhabit “This Property Is Condemned,” abandoned and aching for human connection. The third selection features overdressed, heavily rouged ladies, “…in the autumn of their youth” who hit the town for a high old time during an annual convention in “A Perfect Analysis Given By A Parrot.”

Join us for a special talk back performance on Sunday, March 15 with Dr. Joe Jeffreys, a Williams dramaturge from The Tisch School at NYU.  As a theatre historian, Dr. Jeffreys has published in journals including The Drama Review, Women & Performance, Theatre History Studies, and biography. His theatre and book reviews have been widely published in periodicals including The Village Voice, TheatreWeek, The Advocate and The Lambda Book Report. Recent book contributions include Out of Character (Bantam), Shattered Anatomies (Arnolfini), and Extreme Exposure (TCG). He is at work on a full-length novelized non-fiction biography of East Village drag performer Ethyl Eichelberger.

A special LGBT and friends’ night is slated for March 13 performance.  Go to our website for a coupon for a free cocktail.  http://www.shermanplayers.org.

For tickets and more information go to the Playhouse website.  http://www.shermanplayers.org or call 860-354-3622.