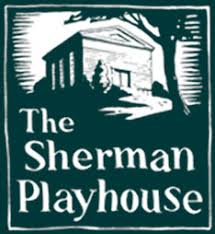 For three weekends in the dead of winter, the Sherman Playhouse may just be the steamiest place to be. On Friday, February 15, their production of Venus in Fur is set to open and is, according to Director Katherine Almquist, “the sexiest and most salacious show that’s been done in this area.”

Date nights, couples’ nights, women’s nights out should all consider spending an intense 90 minutes with the characters in Venus in Fur. The play, written by David Ives for an Off-Broadway and then Broadway run, is a fascinating analysis of power struggles between men and women, with the characters swapping roles of domination and submission. A play-within-a-play, the story centers around Thomas, a playwright and director, who is looking for a female lead, and Vanda, the actress who is auditioning for the part. As the two meet and work through the audition, they blur the lines between script and reality.

If you’ve seen shows at The Sherman Playhouse, you’ll know that it is typically an intimate space to share with the actors, but to punctuate the intimacy of this show, they are actually building the stage out further. Almquist says that the audience “needs the closeness, needs to feel almost uncomfortable” to truly experience the show.

A departure for the theater, which is known for often showing “old chestnuts,” Almquist hopes that the edgy show will bring in both former and new audiences. She can’t wait for people to witness the two leads take on the roles. Agnes Fohn, who plays Vanda, and Chris Luongo, as Thomas, bring a wealth of stage experience to the production. Almquist lauded their commitments to the roles, which range from comedic to intensely dramatic, and noted that to get comfortable with each other initially they talked extensively and did table reads, before beginning rehearsals.

When Almquist first saw the show, she was “so taken with it and it has stayed with me.” A dream to direct and watch come to life with such excellent actors, she promises that with the powerful scenes and nuanced performances in this production, “you will not be bored.”