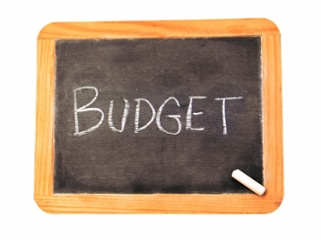 NEW FAIRFIELD – On Thursday, January 18, Dr. Alicia Roy outlined the 2018-19 school budget proposal to the BOE and a packed room of community members. In all, the total recommended budget stands at $42,897,153, which is a 4.87% increase over last year. Dr. Roy pointed out that if last year’s budget had gone through as is, this would only be a .81% increase. Bracing the board before revealing the large percentage, she said “It’s a larger number than I’d like to talk about, but stay with us please,” acknowledging, “that’s a lot to ask in today’s economy…”

Board members spoke up to reassure the administration that they understand the large percentage. Mr. Douglas DeRito said, “I think our administrators…have been really good at focusing on spending every dollar wisely. I don’t think we spend enough in this school district…we undercut ourselves every year because we’re just trying to keep the status quo.”

Mr. Dominic Cipollone agreed, “If our expectations are to be a premier district, then we need to spend the money effectively.”

To highlight all of the ups and downs in the budget, administrators and staff took turns coming to the podium. They gave a summary of the items they would like to spend more on next year, and the decreases in budget that offset them.

The largest increase by far was requested in the special education budget. Ms. Andrea Einhorn, director of Pupil Personnel Services explained that an increase of $416,006 is needed, largely based on outplaced students and subsequent travel. Ms. Einhorn explained that the 25% increase is in line with trends happening at the “state and federal level.” She highlighted the importance of additional contingency fees for unexpected expenditures, which accounts for over $147K of the budget increase. Smaller dollars were requested for increased legal services fees, professional development, and subscriptions.

Each school’s principal detailed their budget increases in turn. The highest increases were requested from the high school, much of which was due to the upcoming NEASC accreditation fees. Dr. Richard Sanzo reminded the board that “In my view, this cost is fully worth it to the high school as well as to the community because what accreditation means for us is…that the diploma that we grant…has [higher] value to the eyes of colleges and universities.”

In addition to the accreditation fees, Dr. Sanzo is looking for more funds to help with PSAT/SAT registration, grades 9-11 rollout, and score reporting, plus increased professional development, instructional equipment, new sound/audio system for the gymnasium, instrument replacements, and a possible partnership with Rosetta Stone.

Dr. Jason McKinnon, Chief Academic Officer, stood up to the podium to reiterate the importance of the district’s goals for curriculum and student assessments. He is asking for $71,175 to continue to support new curriculum upgrades and professional development. He acknowledged that, “In the past four years we’ve dramatically increased the amount we spend,” but justifies the expense by pointing to increased performance results.

Ms. Mary Stolle, Athletic Director, explained that an increase of $22,428 is needed for game official fees, the purchase of HUDL which allows them to share film with other schools and colleges, supplies, uniforms, and equipment which includes Pixellot cameras that provides automatic filming.

Director of Technology, Ms. Alison Herold, detailed an increase in technology of $13,070. In part, this is due to a need for an increase in student data privacy. She also explained that an equipment increase is needed to the tune of $77,400. The equipment fees are slated for Chromebook updates.

Business Manager, Mr. Craig McClain, talked about the increased transportation fees in bussing, noting that the price of diesel fuel is increasing quite a bit. He watches quotes on a weekly basis and the district locks in a price by September. In utilities, the fees are going up $50,597 for electricity and heating oil. He watches the heating oil contract options and will settle on that price by about November 1. He noted that distribution costs will be increasing over the next three years due to the upgrade of the ISO grid in the New England.

Mr. Phil Ross, Buildings and Grounds Director, listed a number of improvements that will fall under his portion of the budget, including repair and maintenance for skid steer machines for snow removal, expanding HVAC services, flooring and sidewalk repairs at Consolidated, and a water heater at the Middle School. In terms of the Capital Improvement Plan, Mr. Ross pointed to plans for an upcoming High School locker renovation project, High School consumer science wing renovation, and the Consolidated School parking lot project as future projects. Larger projects include tennis court replacement and paving of the lower lot at the High School.

Dr. Roy requested six new positions for next year, including a second life skills teacher, a math teacher at Consolidated, two science, technology, math, and engineering (STEM) teachers at for the secondary schools, and two safety advocate positions. Ms. Samantha Mannion questioned why a human resources position is not on the list of new positions. Dr. Roy responded that “It didn’t come through the administrators as a top priority, but when it comes to you, that’s something we can talk about.”

There was some discussion about declining enrollment and the need to address the current “team structure” that the district has in place for middle and upper elementary classes.

The full proposed budget is available on the district’s website. The next step in the process will be a workshop for BOE members and administrators on Tuesday, 1/30, 6:00pm.