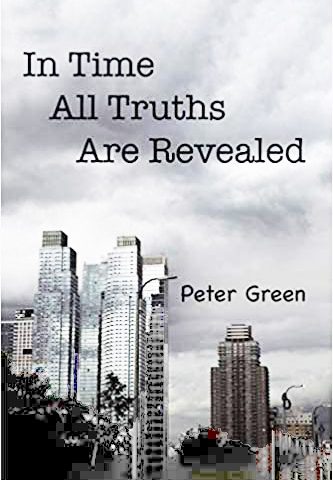 Writing even just one book might seem like an accomplishment to most of us. But Sherman resident Peter Green has just published his sixth book, In Time All Truths Are Revealed, and shows no signs of stopping.

The British-born Green came to the United States in 1965, not as a writer, but as a hairdresser. “I came to this country with legendary hairdresser Vidal Sassoon,” says Green, who worked with Sassoon for five years in England. “He trained me and as a result, I had a very good education in hairdressing.”

In fact, Green credits Sassoon with unwittingly helping him with his writing career. “What was interesting about Vidal was that he was a perfectionist,” remembers Green. “He would take a piece of hair and go over it, and over it, and over it again, until it was perfect.” Green realized that in many ways, his writing career paralleled his former profession. “Once I’ve got the concept down, I know that if I can keep going over and over it, it will become okay, better, and it will become whatever it finally is.”

That attention to detail has helped Green in his literary career, and in his latest novel, In Time All Truths Are Revealed. Green’s beloved sleuth, Jimmy Dugan, returns to solve yet another mystery. “Jimmy is the result of feedback from so many people who have grown to love him,” says Green, who says that he wrote the book through Jimmy’s eyes. “The stories always revolve around him,” he says. But unlike previous books, Green’s latest book doesn’t revolve around the hairdressing industry. “They say to write about what you know,” he says. “So this new book is a pure mystery full of subplots which is an unusual departure for me.”

Green, who self-publishes his books, works together with his wife, Susan, who edits his books. “She has been in the business for years,” says Green. And how is it working with his wife? “She’s brutal! She makes sure that it’s perfect.” But Green is equally as meticulous in his writing. “Writing is rewriting and I’ve found that to be true,” he says. “Sometimes it’s hundreds and hundreds of times, but ultimately, you’re never really finished.”

For Green, though, the true pleasure of writing is, well, the writing. “The overall process of writing a book can take many years,” Green admits. “It’s your life and eventually all that you think about.” Still, Green, who has three children and four grandchildren, has loved every stage of his interesting and varied career. “Some people write for the money and the fame,” says Green. “I want readers to fall in love with the characters and the story. If they do, then I’ve done my job.”