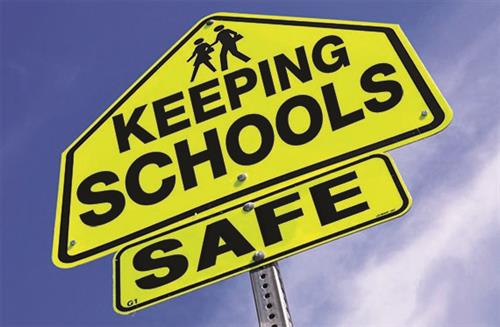 Mr. McLachlan stated that there is a company in Connecticut that has developed a surveillance system that is integrated with police and emergency response teams, also known as interoperability communications. The system allows educators to press a “panic button” via a cell phone app that will alert law enforcement remotely, allowing them to communicate directly with the school while having access to all security cameras within the school building. This enables emergency personnel to pinpoint the location an active shooter or some other security disruption more quickly and accurately.

The State of Connecticut has set aside $5 million in grant money to fund the installation of the technology in schools. He noted that there is a plan for it to be installed in all of the State’s technical schools, and that Western Connecticut State University is currently installing the technology, which is available through Wallingford, CT-based Mutualink.

The Senator provided a short promotional video put out by Mutualink that demonstrated the use of the platform during a simulated active shooter event in a school. In the video, police and first responders were notified of the event by teachers through the 911 dispatch desk. They were able to view surveillance cameras within the school to locate the perpetrator so they knew the situation and the best place to enter the building to stop them.

Senator McLachlan suggested the Committee invite representatives from Mutualink to give a presentation to the Committee and answer any questions the Committee might have. He noted that the system takes some of the unknown factors within the school building out of the equation in an crisis situation.

Committee member Anthony Yorio asked if the grant could be used for other technological solutions for interoperability other than the system offered by Mutualink. Mr. McLachlan said that although the authorization for the grant is in place, the grant process has not yet been set up by the State. According to Mr. McLachlan, no timeline has been set for the finalization of the grant application guidelines, although the legislature has been “hammering away at them” to do so since the bill authorizing the grant was passed on July 1.

The Committee entered Executive Session, which is closed to the public, to continue to review sensitive security details of the two items that could not be discussed publicly for fear it could compromise security measures already in place and potential new measures resulting from the audit and the MoU.

The Committee received the completed security audit report on June 28. NSC, the

school security audit firm hired by the Board of Education in June, spent the better part of three weeks reviewing school procedure manuals and other documentation; interviewing school administrators, teachers, and staff; and conducting on site observations at all four schools both while school was in session and after hours.

The development of the SRO MoU has been quite lengthy. The MoU is an agreement between the Town and State and local police outlining the role of School Security Officers in the district and the responsibilities of the district and law enforcement. The MoU was first discussed at the second SSSC meeting on April 10. The Committee began with a draft of a previous MoU. Resident State Trooper Sargent Adam Wagnblas offered to present the draft to the State’s Attorney of Legal Affairs. The State’s Attorney then wrote a final draft that combined elements of the Committee’s draft and a letter the State recently wrote for the town of Tolland. The resulting draft is what the Committee has been discussing in Executive Session during its last several meetings.

The next meeting of the School Safety & Security Committee  will be held Tuesday, September 11 at 7:30pm in the Community Room.