New Fairfield Board of Selectman Votes to Send 9.36% Budget Increase Proposal to Board of Finance 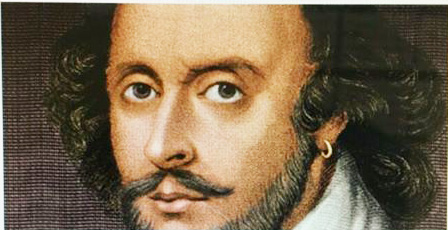 Opening Valentine’s weekend, For the Love of Shakespeare celebrates William Shakespeare’s undying works. A treasure trove of wit, imagination and emotion, his plays and poems continue to surprise, inspire, console and delight his audience.

This Valentine’s Day themed performance will be scenes, songs, and monologues centered around the love themes that are embedded in some of Shakespeare’s plays. The scenes and monologues are from the following plays: As You Like It (Duke Senior, banished and usurped by his brother, Duke Frederick, now lives in the Forest of Arden, with his noblemen. Senior’s daughter Rosalind has been allowed to remain at court with Frederick’s daughter Celia, but she suddenly incurs Frederick’s displeasure, and is banished.); Much to do About Nothing (The action of Much Ado About Nothing occurs during several days of a visit by Don Pedro, Prince of Aragon, and his followers at the large estate of Leonato, Governor of Messina. Don Pedro has been victorious in a small war against his own half-brother, Don John, who has now (reluctantly) joined him.), Richard III (Richard, the Yorkist Duke of Gloucester, has not stopped plotting since the defeat of Henry VI. He conspires to play his brothers, Edward (now King Edward IV) and George, Duke of Clarence, against each other in an attempt to gain the crown for himself); A Midsummer Nights Dream (Theseus, the Duke of Athens, is planning his marriage with Hippolyta, and as a result he is a planning a large festival. Egeus enters, followed by his daughter Hermia, her beloved Lysander, and her suitor Demetrius); Richard II (In the presence of King Richard, Henry Bolingbroke (who would eventually be Henry IV) accuses Thomas Mowbray (Duke of Norfolk) of embezzling crown funds and of plotting the death of his uncle, the Duke of Gloucester. They will not be reconciled and are about to fight, but Richard stops the combat before it can begin.); Romeo and Juliet (A long feud between the Montague and Capulet families disrupts the city of Verona and causes tragic results for Romeo and Juliet. Revenge, love, and a secret marriage force the young star-crossed lovers to grow up quickly — and fate causes them to commit suicide in despair.); Henry V (Henry V covers events during the Hundred Years’ War, immediately before and after the Battle of Agincourt (1415). Soon after he becomes king, Henry V is considering making a claim to rule France as well as England.); The Taming of the Shrew (The play opens as the student Lucentio arrives in Padua. He hears that the merchant Baptista has two daughters, but the younger, prettier daughter, Bianca, cannot be married before her strong-willed sister, Katherina.); Troilus and Cressida (Essentially, two plots are followed in the play. In one, Troilus, a Trojan prince (son of Priam), woos Cressida, another Trojan. They profess their undying love, before Cressida is exchanged for a Trojan prisoner of war); Twelfth Night (Viola has been shipwrecked in a violent storm off the coast of Illyria; in the process she has lost her twin brother, Sebastian. She disguises herself as a boy and assumes the name Cesario for protection. Thus disguised, Viola becomes a page in the service of Orsino, the Duke).

The songs will be a myriad of Renaissance and Old English Love Songs.

The performance is directed by Robin Frome of the Sherman Playhouse. Robin Frome is a local director and acting teacher. He is currently the president and artistic director of The Sherman Playhouse. He has a BFA in Acting and Directing from UCONN and an MA in Dramaturgy from Wesleyan University. Since 1992, he has directed over 200 productions for theaters and schools ranging from Shakespeare to Musicals to Children’s Theater.

The refreshments are BYOB picnic style for general seating at provided tables.

For the Love of Shakespeare is sponsored by the JCC in Sherman. The mission of the JCCS is to provide high quality educational, cultural, and social programs to the local and surrounding communities. Founded in 1994, we are a predominantly a volunteer-run organization.

The JCCS serves the entire community irrespective of age, race, or religion. The JCCS implements it’s mission by offering a wide array of programming options for members and non members alike which capitalize on our auditorium and professional kitchen. As the only community center in the area, the JCCS has a strong commitment to the people who live and work here. We develop programs that are reflective of the interests of the community and seek to inspire, serve, challenge, and entertain.

This show has been postponed due to inclement weather. New show times will be February 24 at 7:30pm and February 25 at 2:00pm. All purchased tickets are transferable to either performance. Tickets will also be available at the door.