A Quick Look at New Fairfield’s Department of Health

Fund Established in Memory of JCC Board President, Beth Shafran 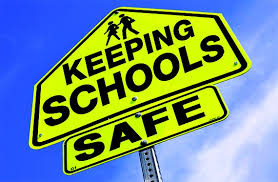 NEW FAIRFIELD – The first meeting of the School Safety & Security Committee was held Tuesday, March 27. The committee was established by the Board of Selectmen in response to heightened concern about the level of safety in the school district. The committee will unite the Boards of Education, Selectmen, and Finance to develop both short and long term solutions to make the town’s schools and offices more secure.

Members of the School Safety and Security Committee will include one representative each from the Boards of Education, Finance, and Selectmen, the Resident State Trooper Sergeant, the School Resource Officer (SRO), the Superintendent of Schools, and the BOE Director of Buildings and Grounds. Additional members may be appointed by the Committee if need be.

The Committee discussed other potential members. Ms. Del Monaco suggested the Town’s Director of the Office of Emergency Management (OEM) to have a place on the Committee. It was suggested that other committee members could be fluid depending upon the security audit topic results being discussed. Mr. Yorio also noted that members of the public and educators could also contribute ideas via the two public comment portions of each meeting.

The Committee discussed potential firms to conduct a school security audit. Mr. Yorio had done some legwork on a few different outside firms. He reported that one of the firms—Jennings Smith—the foremost security contractor in the State, was not interested in going through the bid process. Mr. Yorio said, “they basically say ‘tell us what you want to do, we’ll tell you what the cost is.’ That’s really the end of it…it was a little bit disconcerting to hear that, because there is a big price tag on this, and part of the issue is that it’s not in any one budget. We’re going to have a town meeting to take the money out of the General Fund, and so I think on some level that’s going to involve an RFP or request for proposals…and so I don’t know if they’re necessarily going to fit into our need…but that doesn’t mean that we can’t ask them to put a price on what they’re going to do and include them in our process.”

He noted that they have serviced over 70 schools and are probably the most experienced contractor in the area.

Mr. Yorio also said that none of the audit firms offer any of the services or fixes that they audit. Ms. Mannion noted that some might refer to companies if asked.

The second contractor that got back to Mr. Yorio, O’Connor, appeared to be a one man operation, although he was very experienced. He also did not have any connections to vendors.

As a result, he felt that the Committee would have to hire an audit firm and then separate contractors to complete recommended work.

Dr. Roy noted that in the past, the district would have to coordinate contractors so that work would dovetail into existing systems—she mentioned a proprietary surveillance system as an example.

Mr. Yorio voiced frustration that none of the audit contractors seemed willing to come in and make presentations to the public. The Committee decided to ask for proposals and explore more options and formalize a selection process.

The next meeting of the School Safety & Security Committee will be held Tuesday, April 10 at 7:30 in the Community Room.