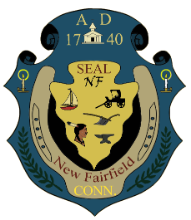 At its March 20 meeting, the Board of Finance approved a request from the Board of Selectmen to send a $280,000 appropriation to a vote at a Town Meeting.

The $280,000 had been included in the proposed 2019-2020 municipal budget, but the Board of Finance had suggested funding it from the Unappropriated Cap & Non account instead. The fund balance is currently between $1.1-$1.2 million and is comprised of funds from past capital projects that came in under budget in previous years. Pulling funds from the Cap & Non fund would reduce a potential tax increase and ensure that the project is properly funded prior to its April 1 start date.

At its March 13 meeting, the Board of Selectmen reviewed the BOF’s suggestion and voted to follow that course of action, which brought the matter back to the BOF for its approval. A Town Meeting will be held tonight, Thurs., March 28 at 7:15pm in the Community Center.

First Selectman Pat Del Monaco also reviewed potential additional cuts to the proposed 2019-2020 municipal budget. In addition to the $280,000 reduction, BOF Chair Wes Marsh had asked the BOS to make an additional $200,000 in the operational/capital improvement portion of the budget. Ms. Del Monaco stated that the BOS had approved a schedule of proposed cuts that included $30,000 to re-index land records from 1747-1871, $40,000 for various Public Works equipment, $50,000 to replace a paramedic car, and $17,300 to re-write zoning regulations. Most of the items cut, she noted, would be deferred to a future year.

Mr. Marsh noted that most of the cuts were all capital, nothing from operations. Ms. Del Monaco noted that the majority of the operational increases were due to school safety, such as funds for an SRO and a dedicated dispatcher and wanted to avoid cutting any of those items. She stated that in reviewing upcoming projects there were some that could be pushed off if absolutely necessary.

Board Member Anthony Yorio stated that cutting capital projects would “kick the can down the road”. He asked which of the projects cut would she most want to keep. Ms. Del Monaco stated that the overhead doors at Public Works and/or some culvert work or a new plow attachment were the items that she would like to see remain in the budget.

The BOF had also asked the Board of Education to consider some cuts to the education budget. The BOE was scheduled to meet the following evening and will report their proposal at the next BOF meeting on March 27. Mr. Marsh had asked the BOE to find $400,000 in its budget to cut. He stated he expected most of the cuts to be in salaries as most of the education budget is salary and benefit-related.

During the conversation it was noted that there seemed to be a lack of interest or participation in the budget process on the part of the public. Board member Cheryl Reedy encouraged the public to weigh in on the process, whether at meetings or through e-mail.

Mr. Yorio gave an update on the School Safety and Security Committee. He noted that the Committee is looking at grant opportunities as a means of funding some of the capital improvements recommended by the various safety and security audits that have been conducted over the past nine or so months.

The Board of Finance will meet every Wed. in March at 7:30pm to review the proposed budgets.