It was in 1995 that Richard Cacace, a New Fairfield resident since 1971, first put pen to paper to  document the rollercoaster times that he experienced in his life as a young soldier in the Vietnam War. At the time, he made a handful of copies for family and moved on. Little did he know that 26 years later, with his story as relevant as ever, a publisher would pick up The Path I Walked and supply it with a wide distribution.

Cacace’s story is compelling, with an initial meteoric rise, followed by an epic low, rounding out with an ultimate redemption found through service in the war. Born and raised in “an Italian neighborhood” in Yonkers, he describes his secondary schooling at the New York Military Academy in the book and the story continues with his three and a half years at the United States Air Force Academy, at the close of which, his life hit a crossroads.

The memoir is very candid about the mental-health struggles Cacace faced after his world came crashing down, both as a result of a failed relationship and actions at the Academy. He says that, though it was decades later, writing the book was a cathartic process, especially examining the time when he was at his lowest in which he was having such great difficulty that he considered taking his own life.

In an ironic twist, Cacace ended up being renewed when he joined the Marines and deployed to Vietnam. He says “Going there taught me that I really wanted to live.” He served for three years total and for over a year with the highly respected Third Recon Battalion, Third Marine Division in Vietnam. He explained that during this time in Vietnam he thrived on the fraternity of brothers in arms, and communications and actions in this period helped him to “simplify the equation of the relationship of people to people,” a skill which he brought forward in a decades-long successful business career that would follow his service.

After raising their family in New Fairfield, Cacace and his wife, Carole, are now snowbirds. They divide their time between New Fairfield and Bonita Springs, Florida.

You can find The Path I Walked by Richard Cacace on Amazon and Barnes and Noble’s website or look for it wherever books are sold. 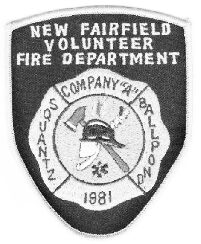