New Fairfield Board of Selectmen Recommends Appropriation for School Resource Officer to Board of Finance, Per Board of Education Request 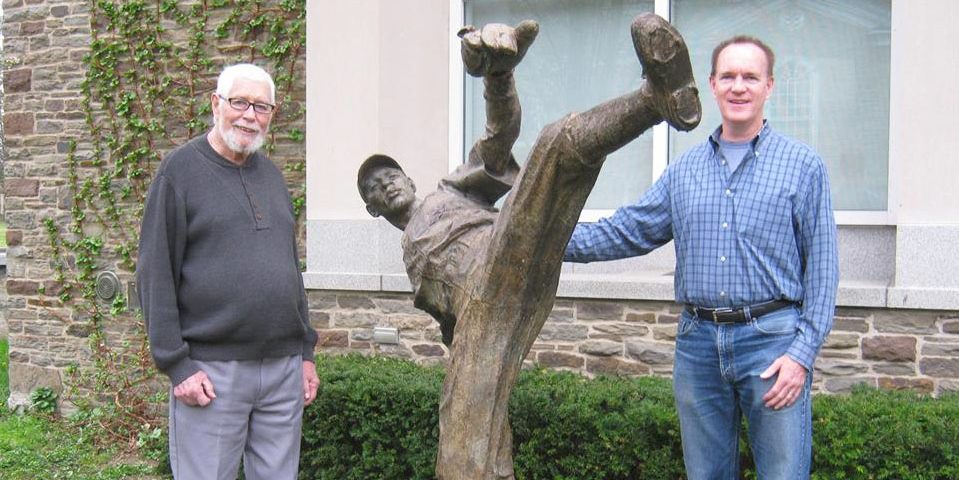 New Fairfield resident, Jim Keller, has a successful business career, has spent years as a New Fairfield youth track coach, and has now authored a play that will show Off-Broadway beginning Thursday, September 6. “A Pitch From Satchel Paige” is being shown as part of the New York New Works Festival, a prestigious, curated, multi-day event that is intended to celebrate aspiring playwrights. The play will show at the Acorn Theater, a part of Theatre Row, on 9/6 at 7 p.m. and 9/15 at 2 p.m.

“A Pitch From Satchel Paige” was a collaborative effort between Jim and his father, Loren Keller. Jim explained that his father, “suggested the idea to me back in the 90’s and I loved it immediately. Satchel Paige was an intriguing and interesting subject. He is funny and poignant; sad and talented–all at once.” Life and many pursuits kept them both from dedicating too much time to the project initially, but Jim said of his father, “After about a decade of waiting, he started sending me some chapters he had written. He lives in Buffalo, NY. We did this back-and-forth for about five years and then met for a weekend in Cooperstown, NY – halfway between us… and fittingly, the location of the Baseball Hall of Fame- to finish it up.”

Jim describes their intent to “bring Satchel Paige to life. You go to see Satchel on stage, not just a play about him.” He went on to point out that Paige “is a character who deserves to be heard and his is a life story that deserves to be told. In a sense, he was the biggest star of the Negro Leagues and always expected to be the first to cross the color barrier. Jackie Robinson’s story was possible only because of the sacrifices made by Satchel and others.” Actor Mark Hamilton, of New Haven, portrays Satchel Paige in the play and Jim describes watching him embody the character as “the most satisfying part of all.”

The play’s director, fellow New Fairfield resident, Tony DiFabbio cast Hamilton as Paige and says of the experience, “Working with Mark Hamilton has been very enjoyable since we work so well together keeping each other honest in our exploration of this rich, evocative work. Most challenging has been the fact that neither Mark nor I have ever before done a one-character play. Helping each other through the unique challenges of a one-character play have been very rewarding.”

DiFabbio said, “The Satchel Paige play is so inspiring because of the tremendous adversities Satchel overcame. His story is beautifully written by Loren and Jim Keller capturing his humanity, humor, and wisdom.”

Jim summed up his and his father, Loren’s, writing chops with the following, “I’m a former reporter and now teach business writing at WestConn–connecting these two passions in my writing was really a labor of love. My father was an English teacher but served many years as Playwright-in-Residence at the Buffalo Ensemble Theatre… so I picked the right partner.” Jim has also completed a manuscript for a novel and has scripts for multiple plays in the pipeline.

Busy with his career, in addition to coaching the NFHS Rebel’s cross country and track teams, Jim has a lot to keep himself occupied. But he will certainly be free on 9/6 and 9/15 for the world premiere of his and his father’s play. He says, “It took a lot to get here and we feel the audience will really love what we have.” He went on to say, “Tony is an amazing director, who has a real feel for this play and helps the actor to project that feeling to the audience.” And he quipped, “I keep telling people that if they didn’t get to see ‘Hamilton’ on Broadway…come see Mark Hamilton in our play Off-Broadway!!” Tickets for “A Pitch From Satchel Paige” can be purchased at: https://www.nynwtheatrefestival.com/book-tickets.