New Fairfield and Sherman In Planning Stages for Vaccinating Citizens 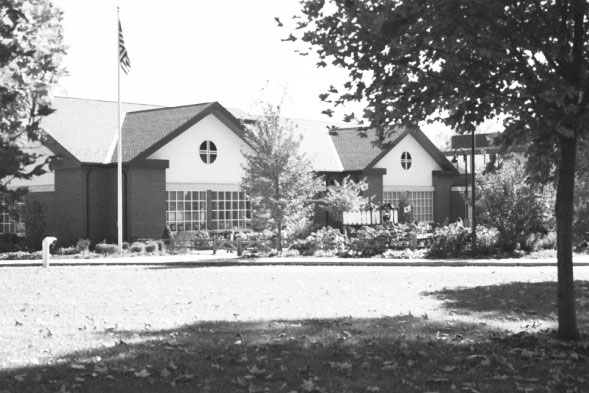 On Tuesday, 12/22, the Sherman Board of Selectmen spoke out regarding many comments that were made at an early December Sherman Board of Education meeting. The town’s BOE has been eager to move forward on a major school renovation project including additions that would amount to over $22M–a proposal that lost steam given the pandemic that struck soon after town meetings began on the topic in early 2020. The BOE asked for feedback from the BOS, and have been increasingly frustrated by time passing. On the other hand, the BOS has pointed out that time and much consideration is needed to make decisions and refine proposals at this scale, especially given that the project would significantly increase taxes by 8 to 10%.

Declaring that many statements made by a handful of BOE board members were “simply untrue,” First Selectman Mr. Don Lowe expressed hope to “turn this into a more positive situation than it looks.” He said that at this point, although he has great respect for the BOE and all that they have contributed, he thinks that the time has come for the BOS and others to “roll up our sleeves, work positively together, and work on behalf of the interest of the children at our school…the education of our children is tremendously important to our board.” Acknowledging that there are building issues at The Sherman School that need to be addressed, he went on to say of the proposal that he does not “support it at all,” that the BOE’s “fervent demand for support of this renovation project is a little bit absurd,” and that the BOS “will look for a path that is better for the students and the taxpayers.”

Lowe argues that the renovation and additions plan was challenged from the start, as both the size of the school is sufficient for the enrollment numbers–which have been consistently declining–and the structure is largely adequate and reparable. He points out that rather than developing a town plan with outside oversight from parties who are in a position to gain from the proposal, Sherman should prioritize and plan to address issues prior to engaging outside entities. In mid-December, Lowe engaged the town’s and state’s fire marshalls to conduct an inspection of the school which resulted in zero safety code violations. While walking through The Sherman School with the Building Committee, Lowe said that he “did not see a school that was falling apart.” He also noted that the topic of school renovation is “a little bit tone deaf” given the pandemic and its health and economic fallout. He also observed that the issue is “clearly unpopular in town” and speculated that it “has no chance of passing, whether the Board of Selectmen supported it or not.”

“I’ve always kept an open mind on future projects,” Selectman Mr. Bob Ostrosky stated, identifying himself as a “supporter of the school.” However, he questioned the push to rush the project, which would amount to “the single largest tax increase in the history of Sherman,” saying that decisions like these “should take a long time, there should be debate.” He expressed frustration at BOE comments that were “petty and divisive” and he found the threats to regionalize particularly raw.

BOS member Mr. Kevin Keenan said “I know there are issues with the school building,” but stressed that the current proposal’s “price tag does not take into consideration the declining enrollment and, more importantly, an aging population” in Sherman. “I believe improvements can be made to the building,” pointing to potential areas of renovation in the K-wing, library, and pirate playground. He says that he would be “happy to work with the Board of Ed and produce a plan that can be good for the town of Sherman, the children of Sherman.”

At this point the issue can go to referendum, especially if the BOE gathers 200 signatures to petition for one, but Lowe expressed that he believes the “current proposal lacks specifics on what it is and why we are doing it.” Lowe noted that there is a proposal for playground updates that he has found to be “very refreshing…proper procedure is going on” by acquiring a plan from a vendor–correctly planning for equipment costs–and then bidding out the labor. He said this process is “Slower, harder, but the right way.” Keenan pointed out that bigger-picture planning is needed in addition to playground specifics.

“It is pretty remarkable…in the wrong way,” Lowes said in his Covid-19 update. With a dramatic increase in cases in town, he encouraged residents to “be as diligent as you can, especially with gathering” with others. There was some discussion regarding the vaccination process, but Lowe explained that there are still many variables to be determined, such as how closely the process will be linked to New Fairfield’s efforts. “This whole vaccine situation is still fluid,” he said. He noted that he will start posting vaccination information on the town website.

Sherman’s Director of Emergency Management Mr. Jim Reilly explained that the town is in the 1A tier phase of vaccinations, with health workers and first responders actively being vaccinated. It’s “going to take a long time,” Reilly said, explaining that there is a need to schedule vaccinations 20 minutes apart due to social-distancing guidelines and to allow for a 15-minute wait period after each dose to watch for any adverse reaction. He supposed that it could be summer before the general population is vaccinated. At some point in the near future there will be a website that is being coordinated at the state level, Ct WiZ, available to sign up for vaccinations. Lowe explained that the town Social Services Director Ms. Lynne Gomez will assist elderly residents who need technological help in signing up for vaccinations. For now, Gomez is collecting information through a form that’s available at the Senior Center.

The BOS unanimously approved updating Mr David Jellen’s farm management contract to a 5-year term, rather than a 1-year term. Both parties hold a 90-day termination clause, which provides a level of comfort in extending the terms. “I think he’s been an asset,” Keenan said, with Ostrosky concurring that the farm is “stable right now, it’s clean, the farm has looked fantastic the last year.” Lowe agreed and said “I think David is doing a marvelous job up there…It is also great not to hear complaints about Happy Acres anymore.”

In other news, Lowe explained that he is planning to organize a committee to discuss plans for town storage space. He said that a town ordinance will need to be addressed, among other issues.

Fire Chief Mr. Chris Fuchs reported that his crew had responded to 482 calls in 2020 at the time of the meeting in comparison to 399 last year. He gave updates on the vaccinations for emergency services volunteers, which will be given at Danbury and New Milford Hospitals in the near future. And he thanked the Sherman community for their support of the Christmas tree sale, noting that they sold out very quickly.

Sherman Business Manager Ms. Liz Lavia explained that most accounts are at or under budget, with some areas, such as permits, running higher. She reported that there were some larger expenses this year, such as a sprinkler system and the outdoor emergency phone. However, as a whole, the town is under budget on maintenance, supplies, and vehicle expenses.

In public comment there were several issues raised regarding the proposed cell tower off Coote Hill Road. Mr. Peter Kuring submitted a letter that raised concerns and was read by Don Lowe, who was unfortunately having audio technical issues at the time, at the meeting’s start. Kuring followed up in public comment to question why the project was continuing if Mr. Pepper Jones, the owner of Coote Hill Road, is not allowing the use of the road. When asked why Jones’s letter stating this in October was not made public, Lowe explained that he was honoring Jones’s wish to keep the information private.

Several residents spoke up regarding a myriad of issues to do with the cell tower–from concerns about access to the site to a question of whether 5G would be included. The town’s Public Planning and Zoning Commission wrote a letter to say that they could not give a recommendation to the state on the project until a number of plans are determined, including full sediment, erosion, and water control plans for during and after construction.

The Sherman Board of Selectmen meeting is scheduled for Thursday, January 28, 7:00 p.m.