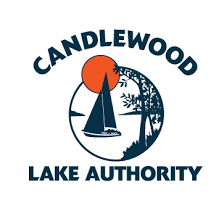 At the Candlewood Lake Authority’s June 10 virtual meeting, the Board heard a report from the Connecticut Agricultural Experiment Station’s (CAES) Greg Bugbee. Mr. Bugbee spoke about the results of the Nuisance Plant Monitoring and Mapping program he conducted in 2019.

Mr. Bugbee reported that he surveyed and mapped the invasive aquatic plants in Candlewood Lake and Squantz Pond. He estimated that both the annual water level drawdowns and the sterile grass carp have affected plant growth in Candlewood. He noted that the milfoil levels in Candlewood last year were lower than in recent years. He said that in his opinion, the primary factor for this was the deep drawdown over the winter of 2018-2019.

In his assessment that the deep drawdowns were more effective than the carp in Candlewood, Mr. Bugbee pointed to the fact that in years where the drawdowns were deeper and longer, there was less milfoil the following summer. Generally, FirstLight alternates deep and shallow drawdowns every year.

Next, Candlewood Lake Authority Marine Patrol (CLAMP) chief Ron Barnard reported that so far, the boating season, which opened on Memorial Day, has been going smoothly. He said that COVID-19 guidelines were being followed by the department. He said the new boat was performing well, and that officers would be out on jet skis during the July 4 weekend.

In his executive director’s report, Mark Howarth expanded upon Chief Barnard’s report by noting that the used Aqua sport that was recently purchased has been fully equipped with lights and sirens and lettered for identification. He said that all four of the CLA’s boat are in the water to better help officers enforce proper COVID-19 health safety measures.

Mr. Howarth also said that the CLA purchased four new self-inflating PDFs for the officers to use while on patrol this season. He noted that now each officer will have their own vest during the season.

He also gave a brief statement on the recent discovery of invasive zebra mussels in Candlewood Lake. Mr. Howarth said, “FirstLight notified the CLA and CT DEEP that a single juvenile zebra mussel was located in Candlewood Lake on May 22nd during their annual contracted search of 10 dive site locations. The mussel was reported to have been in 13 feet of water, off the tip of Vaughn’s Neck, and not believed to have been of reproductive age and the mussel was removed. No other zebra mussels were found at that dive site or any of the other 9 search sites on the lake. We are working to better understand this finding and address possible new monitoring, education and aquatic invasive species prevention strategies.”

Director of Ecology and Environmental Education J. Neil Stalter reported that work on the updated Lake Management Plan continues to progress. He noted that a thorough review of all previous management plans and lake research have been conducted. He also stated that work on the Candlewood hydrology and nutrient budget has begun and he would soon begin reaching out to various lake partners as the major sections of the Lake Management Plan are begun.