Candlewood Lake Authority Presents the Annual State of the Lake 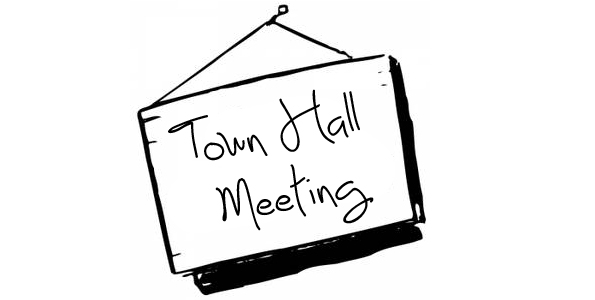 NEW FAIRFIELD – At its regular April 12 meeting, the Board of Selectmen gave warning of an annual town meeting to be held Thursday, April 26 at 7:00pm in the Community Room at 33 Route 37. The purpose of the meeting is:

“1. To consider and act upon the appropriation of town government expenditures of $12,126,441 from the General fund and $931,170 from the Capital and Nonrecurring fund and $826,159 from other Governmental funds as recommended by the Board of Finance for the fiscal year commencing July 1, 2018 and ending June 30, 2019.

“2. To consider and act upon the appropriation of education expenditures totaling $42,820,654 from the General fund and $480,000 from the Capital and Nonrecurring fund as recommended by the Board of Finance for the fiscal year commencing July 1, 2018 and ending June 30, 2019.

“Further notice is hereby given that the Board of Selectmen acting pursuant to and in reliance on Section 7-7 of the Connecticut General Statutes has removed item #1 and item #2 for submission to voters by machine vote and shall be no earlier than seven days and no later than 14 days after April 26, 2018, ad further provided that such time shall be no less than the hours of 12 noon to 8:00pm.”

At the Town Meeting, residents will vote to approve on the date and time for a machine vote on the proposed budget to be held.

First Selectman Pat Del Monaco gave an update on the School Safety and Security Committee, noting that an RFQ for firms interested in conducting the school safety and security audits has been issued with a due date of April 13. She also noted that a memorandum of understanding between the district and the State is also being drafted which will outline responsibilities regarding School Resource Officers.

Selectman Kim Hanson stated his belief that school safety and security should be driven more by the Board of Education.

Selectman Khris Hall said that she was encouraged by the way all three boards have been working together on the issue. She noted that the BOE does play a central role in the process, but areas such as police support fall within the BOS jurisdiction.

Ms. Del Monaco noted that in the interest of time, the Committee will be able to help speed the process along as improvements would ideally be in place by the start of the next school year.

Mr. Hanson urged members of the BOE to be active in the decision making process and not just “rubber stamp” the recommendations they receive.

The next regular Board of Selectmen meeting is Thursday, April 26 at 7:30pm.