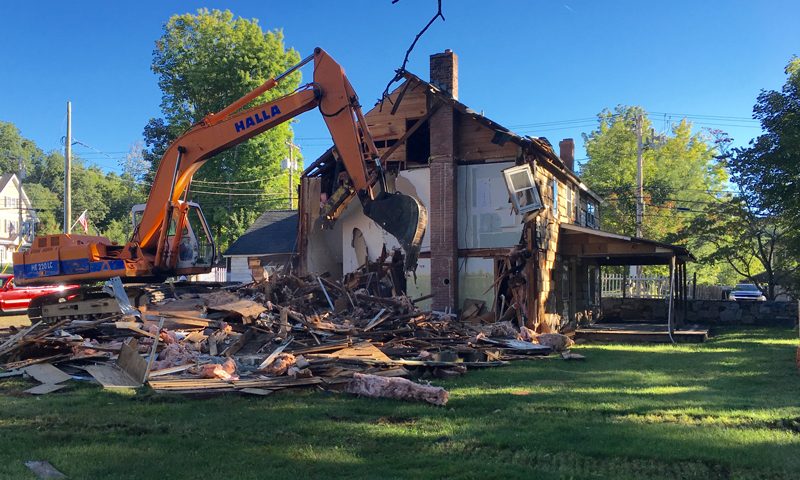 The Board of Selectman’s meeting on September 8th was an opportunity for the First Selectman to share plans for the town surplus.  As discussed previously, the town has a surplus of $661,524.00 following the close of the fiscal year.  Ideas for the surplus had been mentioned at previous meetings. However, at this meeting a motion was made for the surplus to be spent in the following manner:

The total of these expenditures is $418,655.44.  All were approved by the two present Selectman, Susan Chapman and Kim Hanson.  This will now pass to the Board of Finance before a town meeting Susis called for final approval of the spending.   First Select Susan Chapman states that the “balance of the surplus (approximately $242,000) is to be allocated to the General Fund.”

Creamery Demolished (photo): “As of right now some beams from the old house are being saved for Preserve New Fairfield for them to use in a future project.I am planning to build a garden with benches toward the back of the property.  If we are able to get permits to build on the property I am considering a building that will be used for multiple purposes.”  – First Selectman Susan Chapman