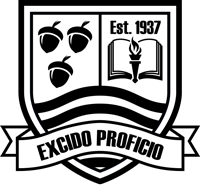 “The Sherman School will be acknowledging Patriot Day as well as Constitution Day through a week-long celebration we are calling, “Citizenship Week” which will take place from 9/11 through 9/17.”

This was the opening line of the letter that families of The Sherman School received regarding the first-ever tribute celebration for the children in town.

Keri Snowden, who has entered her second year as Director of Curriculum, spoke of the event at a recent interview, explaining how Citizenship Week was organized back in June. A committee was formed of Mrs. Snowden, Assistant Principal Andy Schoefer, 4th-grade teachers Bernadette Linero and Shannon Oricchio, Literacy Specialist Catherine Flynn, and Jared Bonner, whose child attends The Sherman School. The goal: to honor the horrific attack “in an age-appropriate way,” as Snowden explained.

Citizenship Week began on Tuesday with a special morning announcement and a moment of silence. Teachers have been encouraged to continue conversations in the classroom regarding good citizenship and service acts and, depending on the grade level, to incorporate discussions about such days as 9/11 in their daily lessons.

“We’ve flipped it to focus on the positive,” Snowden stated. “It’s good for us in the schools to let them know what they need to know. Citizenship is the tie: how to be a good patriot and good citizen, and honor 9/11.”

Students and faculty are encouraged to wear red, white, and blue on Monday, September 17th to celebrate Constitution Day. There will be a morning assembly before first period and homeroom in the gym where all will gather for The Pledge of Allegiance, patriotic songs, and the reading of the Preamble of the United States Constitution.

“We’re planning to have a projector set up to have the Preamble on a screen,” Snowden said, “And possibly a discussion afterwards, if time allows.”

The week was planned not only to work with the wide age range of the students, but to prevent disrupting faculty lessons—a feat Snowden said she was happy the committee was able to achieve.

The four pillars of The Sherman School are Respect, Responsibility, Honesty, and Courage—ideals students are encouraged to live by every day through Acts of Service to better the school, from helping a friend to picking up trash on the floor. Part of the classroom discussions this week, to reflect good citizenship, will focus on ways to serve the community.

When asked how involved the suggested projects are, Snowden replied, “It’s not an overwhelming project; it’s something that can be worked into the day, but some kids really jump into something that becomes the start of something bigger in their lives.”

Positive feedback has been received from parents and community members alike, and anticipation for the event’s success has grown in response.

“If this is a success,” Snowden said with a smile, “We have bigger and brighter ideas for next year.”