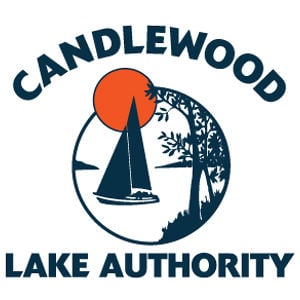 At the Candlewood Lake Authority’s July 8 virtual meeting, Candlewood Lake Authority Marine Patrol (CLAMP) chief Ron Barnard reported that activity on the lake has been challenging for the patrol over the last month. He said that the lake has been overcrowded. Boats have been overcrowded as well as the islands. No one was making any attempt to be socially distant from their neighbors and very few boaters are wearing masks. Boaters were out on the lake well into the night with no safety lights. There have been many incidents of reckless use of jet skis on the water. Chief Barnard voiced his concern that there are many accidents waiting to happen because of that.

He said the patrol was working late hours on extended shifts, but it was hard for them to keep up. He noted that the sergeant for DEEP was responding to multiple assault cases, and that the patrol was providing backup when asked, writing infractions. The Chief said noise complaints from parties on the overcrowded islands and on boats was very high.

Boats have been transporting people to the islands on the lake. Those boats have been overcrowded, and no one has been wearing life jackets. Chief Barnard said he thought these “ferries” originated at the town boat launches, primarily the Danbury launch next to the Danbury town beach. He said there did not appear to be much of that type of activity coming from the Squantz boat launch.

The CLA discussed potential ways to address these issues, both short and long term. It  was decided to invite town CEOs, FirstLight, and DEEP to an emergency meeting to get all parties on the same page and to come up with a course of action for the remainder of this boating season and for future years.

The CLA urges boaters to be mindful and adhere to the following guidelines:

The CLA also heard a more in-depth report from the Connecticut Agricultural Experiment Station’s (CAES) Gregg Bugbee. Mr. Bugbee spoke about the results of the Nuisance Plant Monitoring and Mapping program he conducted in 2019.

Mr. Bugbee reported that he surveyed and mapped the invasive aquatic plants in Candlewood Lake and Squantz Pond. He hypothesized that while the sterile grass carp have had some effect in Candlewood, the annual water level drawdowns were, in his opinion, the main reason for the lower levels of milfoil in the lake in 2019.

He said that in 2019 he saw the grass carp much less frequently than in previous years. He said he saw them primarily in the shallows and protected coves. He also noted that when he saw them, they were “sunning themselves” and not feeding. He thought that they were congregating in the coves because there was less boating activity than in the travel lanes on the lake.

In contrast, he noted an extreme lack of vegetation of any kind in Squantz Pond. Part of this, he said, was most likely due to the fact that Squantz has less traffic than Candlewood and is smaller. He also speculated that some of the carp from Candlewood could be finding their way into Squantz, adding to the existing sterile grass carp population.

He said he mapped 423 acres of milfoil on Candlewood in 2019, compared to well over 500 acres the previous year. In his assessment that the deep drawdowns were more effective than the carp in Candlewood, Mr. Bugbee pointed to the fact that in years where the drawdowns were deeper and longer, there was less milfoil the following summer. Generally, FirstLight alternates deep and shallow drawdowns every year.