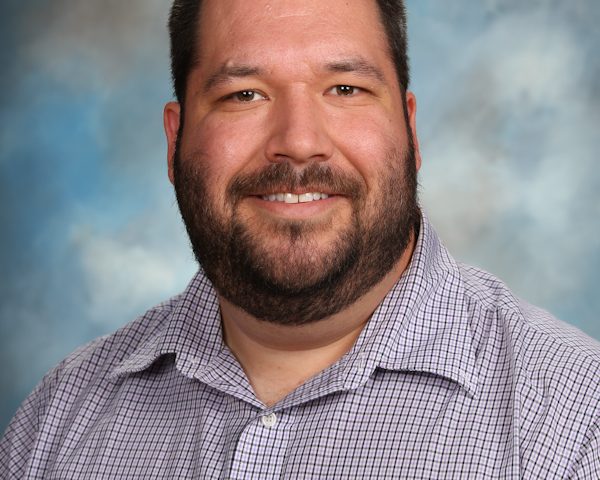 It is no secret that parents of New Fairfield students have long been unhappy with the school district’s overall math program. Now one big hurdle, investment, has been removed and the district has implemented a new math curriculum called Big Ideas for grades 6-12.

The process for this new curriculum officially began September 2015, when a committee of 15 was assembled to “discuss math vision, themes and next steps,” with the goal being “to find and implement a new mathematics program that will lead to a significant increase in student achievement in mathematics.”

Coordinating the effort is Keegan Finlayson, STEAM Director and Intervention Coordinator for all New Fairfield schools and Mathematics Department Chair for the High and Middle Schools. (STEAM stands for Science, Technology, Engineering, Art and Math.)

Mr. Finlayson agrees that the timing was right for a new math program. “We were constantly trying to improve our math curriculum, but we weren’t seeing a willingness of the Town to spend a significant amount of money on new program resources and textbooks,” Mr. Finlayson explained. “But during the recent public outcry I saw an opportunity to ask for more resources for this area,” he said.

In October 2015, five separate math programs were investigated by the Math Program Committee, including HMH AGA, Big Ideas, Math in Focus, Envision Math and Pearson AGA. After several months of exploring all the programs, the committee chose Big Ideas. In February 2016 the Board of Education approved the choice, and by April it was implemented in the Middle School. After months of teacher training and curriculum writing, the program was also implemented in the High School this September.

“From the beginning, we came to the understanding that we wanted a program that wasn’t all digital but did have an on-line presence, and teachers wanted a resource that saves time figuring out what to teach but instead focuses on how to teach,” Mr. Finlayson said. “We wanted something we could build on top of, and Big Ideas really delves into the mathematics in a meaningful and deep way; it is a significant step up for us,” he noted.

The big word for Big Ideas is consistency. According to Mr. Finlayson, Big Ideas will offer consistency on what is taught in grades 6 through 12, and the program now aligns with the pre-calculus and calculus philosophies of the Larson textbooks.  Big Ideas is also a Larson product.

With Big Ideas, all grade-level math teachers will teach from the same book and resources, and they all received many hours of training on the program.

“While Big Ideas offers consistency through the same resources and training, a teacher can still ask ‘what does my particular class need—what do I need to review, when do I want to go forward;’ that’s the overall philosophy of Big Ideas,” noted Mr. Finlayson.

Big Ideas provides new materials to students as well, including student journals, classroom textbooks and online website access. In the High School, it sets a new course progression, from Algebra 1 to Precalculus and Statistics or from Geometry to Calculus and Statistics for grades 9-12. There are more student supports in the form of pre-tests and benchmark assessments, skills reviews and enrichments, family involvement letters, online tutors, progress monitoring and worked-out solutions, among other things.

In the High School, student supports also include in-class differentiation based on each student’s needs, math teachers in the Learning Center each period for extra help, National Honor Society tutors and math seminars for an extra 40 minutes every other day. Students will be assigned to these based on need, and will work directly with a math teacher with access to all levels of Big Ideas resources.

Mr. Finlayson understands that some parents may feel that their children are coming into this program with a “math deficit,” particularly those with late Middle School or early High School-aged children. “You should have the philosophy that it is never too late—we will always be teaching the students and moving them forward from where they are now,” he said. “We will provide interventions as necessary, discover if there is a ‘missing piece’ to their math education and then provide that piece,” Mr. Finlayson asserted.

The plan is to pre-test students to determine if their math knowledge is sufficient to go forward, and if not identify the difficulties and teach the students what they need to know before they advance to the next level of math.

Big Ideas offers an improved math curriculum to the district’s current students, but past students have done well after graduating from New Fairfield schools, according to Mr. Finlayson. “Our graduates attending college have a better-than-national average regarding students who need remedial math in college,” he said. “In context of the entire nation or even our state, we are doing very well, we are just behind the very high-performing districts in Connecticut,” Mr. Finlayson said, noting that “money is a major issue—we are in the bottom in Connecticut in terms of Per Pupil Spending; even still we are getting a good rate of return.” The New Fairfield School District is ranked 128 out of 166 districts in terms of Per Pupil Spending (PPS).

“We do have very high standards in New Fairfield; our benchmark is 60%, nationally it is 50% — we are significantly higher than the national benchmark, ranging between 66% and 70% in the STARS reading and math tests,” said Mr. Finlayson.  This is despite declining test scores district-wide during the past few years; scores are starting to slowly climb back up.

However, he noted that school staff and administration are very critical of itself.  “We have never used our low PPS as an excuse, or looked at test results and said we are good enough; even if we are at the top we compare ourselves to the next higher tier of schools to keep working towards,” Mr. Finlayson added.

Besides consistency, intervention is the next big word/concept for  Big Ideas and school staff.  Constantly collecting data shows where interventions are needed, and the district uses the Scientifically Based Research Interventions (SBRI) to provide different levels of help.

“As we implement Big Ideas, we are trying to be more proactive and involve the teachers and parents and develop working relationships,” said Mr. Finlayson. “We are trying to change an entire culture, create an environment where students are not just receiving information, but are working collaboratively with teachers and their peers,” he explained.

Mr. Finlayson said that he encourages parents to trust in the department and teacher expertise.  “The program is well-researched and the teachers are very prepared, and I think we will now see less initiatives and more long-term refinement of current practices,” he noted. Big Ideas is Common Core-aligned.

No one is better prepared to see this through than Mr. Finlayson.  He taught High School math for six years, and as the Data Coach he gathered student test results and helped the teachers to collect and analyze data and determine what interventions were needed.  As STEAM Coordinator and MS/HS Math Department Chair since 2015, Mr. Finlayson makes sure all curriculum is as complete, useful and effective as possible; observes teachers, reviews resources and writes curriculum with teachers. He has also facilitated the district-wide restructuring of special education roles based on recommendations made by the District Management Council, and has served as the Remediation and Intervention Coordinator, which helps administrators and teachers structure their interventions to be successful processes.

In his spare time, Mr. Finlayson is studying for his Doctorate of Education at Western Connecticut State University, performs and directs in local theaters (he directed the High School plays Music Man and Beauty and the Beast), including giving readings of Shakespeare at the Westport Theater.